September 6, 2022
Anita Hill and the fight to end gender-based violence
By:
Ana Rodriguez-Knutsen
In 1991, Anita Hill made history testifying before Congress about sexual harassment and confronting her abuser on national TV in front of millions. Since then, Anita has been at the forefront of the fight for justice for women and people of color, forging paths to equality inside and outside of the workplace.

For over 125 years, the YWCA has worked tirelessly to create and promote inclusive communities where women and people of all backgrounds can feel safe and empowered. We celebrate those who have dedicated their lives to social justice advocacy, and we are therefore proud to host Anita Hill as our Rise & Thrive Virtual Inspire Luncheon speaker. 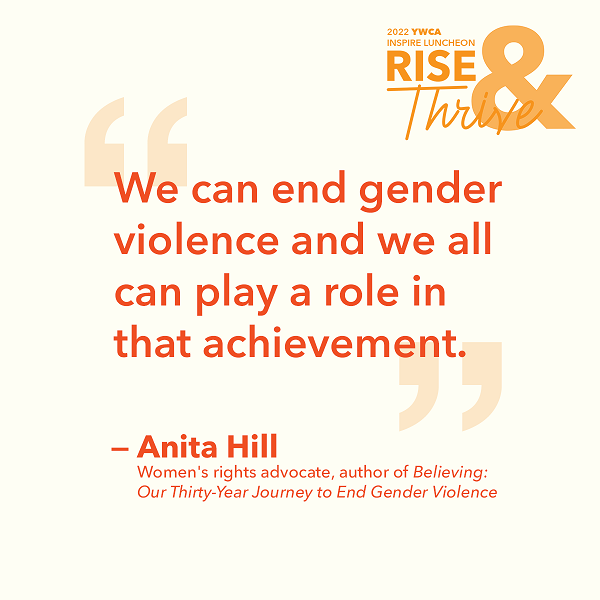 Anita grew up in Oklahoma and graduated from Yale University with a law degree in 1980. In 1989, she became the first tenured African American at the University of Oklahoma College of Law. Soon after, she began working for the US Department of Education's Office for Civil Rights, where she faced years of sexual harassment from Clarence Thomas. When Anita spoke up about the harassment after Thomas received his Supreme Court nomination, her bravery was met with scorn and persecution from the media, the public, and the Senate committee itself. Despite this, her courage empowered many women to enter politics and speak up about their own experiences, and it helped raise the public’s awareness about sexual harassment in the workplace.

But she didn’t stop there – for the last 30 years, Anita Hill has continued to advocate for women’s rights and beyond. During a time when defending the rights of BIPOC women and families is more critical than ever, Anita emphasizes the importance of recognizing the overlapping systems of oppression and injustices in our society if we hope to resolve any one of them. 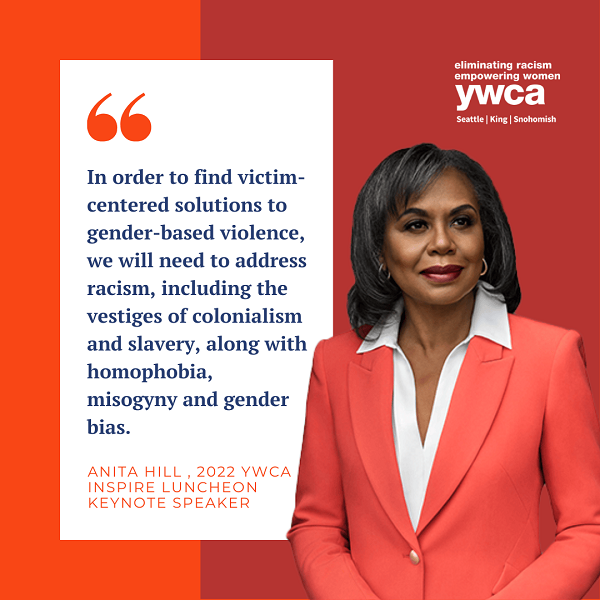 The intersectional lens through which Anita works mirrors the YWCA’s approach to helping vulnerable populations, especially those who face violence because of their identity. We offer Gender-Based Violence Specialized Services that utilize a trauma-informed care approach and survivor-centered model in order to best serve and support victims of abuse.

Our Survivors FIRST program also supports survivors of gender-based violence who have been accused of a domestic violence-related crime. In order to reduce the racial disproportionality in the criminalized legal system, we focus on underserved communities and link criminalized survivors with resources that meet a variety of needs: housing, legal services, job readiness programs, and more.

There is still much work to be done in the realm of advocacy and justice for women’s rights, but with people like Anita Hill, we can work together to create a more equitable future.

Register for our September 15 Virtual Luncheon to hear more from Anita Hill, and sign up for our newsletter to stay informed with YWCA’s race and social justice work.

Ana Rodriguez-Knutsen is the Content Specialist for the Marketing & Editorial team at YWCA. From fiction writing to advocacy work, Ana operates with an intersectional mindset to better uplift and amplify the voices of underrepresented communities. 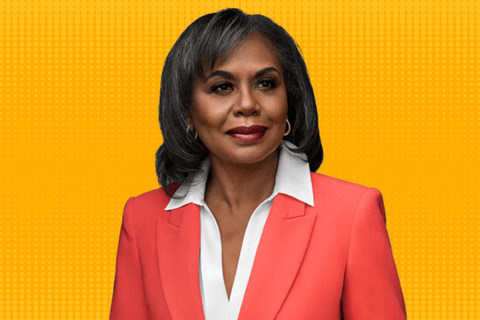