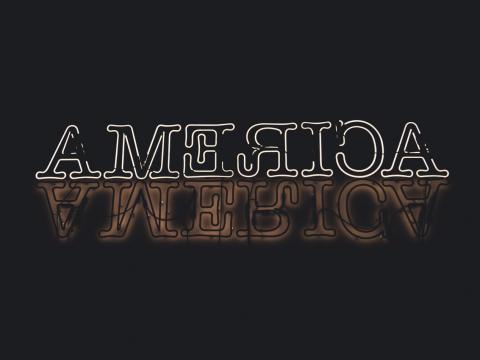 September 19, 2018
The Meaning of Citizenship
By:
Salma Siddick
Constitution Day or Citizenship Day is an American federal observance that recognizes the adoption of the United States Constitution and those who become U.S. citizens. It is normally observed on September 17, the day in 1787 that delegates to the Constitutional Convention signed the document in Philadelphia. This week, I will be sharing my personal story about my journey to becoming a U.S. citizen.

A fun unknown fact that the average American is not privy to, is that it costs thousands of dollars to immigrate to this country. Thousands. Doing it the "right way" means the average person often cannot afford the filing fees and requirements necessary to immigrate to the U.S. the legal way. The journey is literally and figuratively arduous, long, lonely, and seems never-ending. 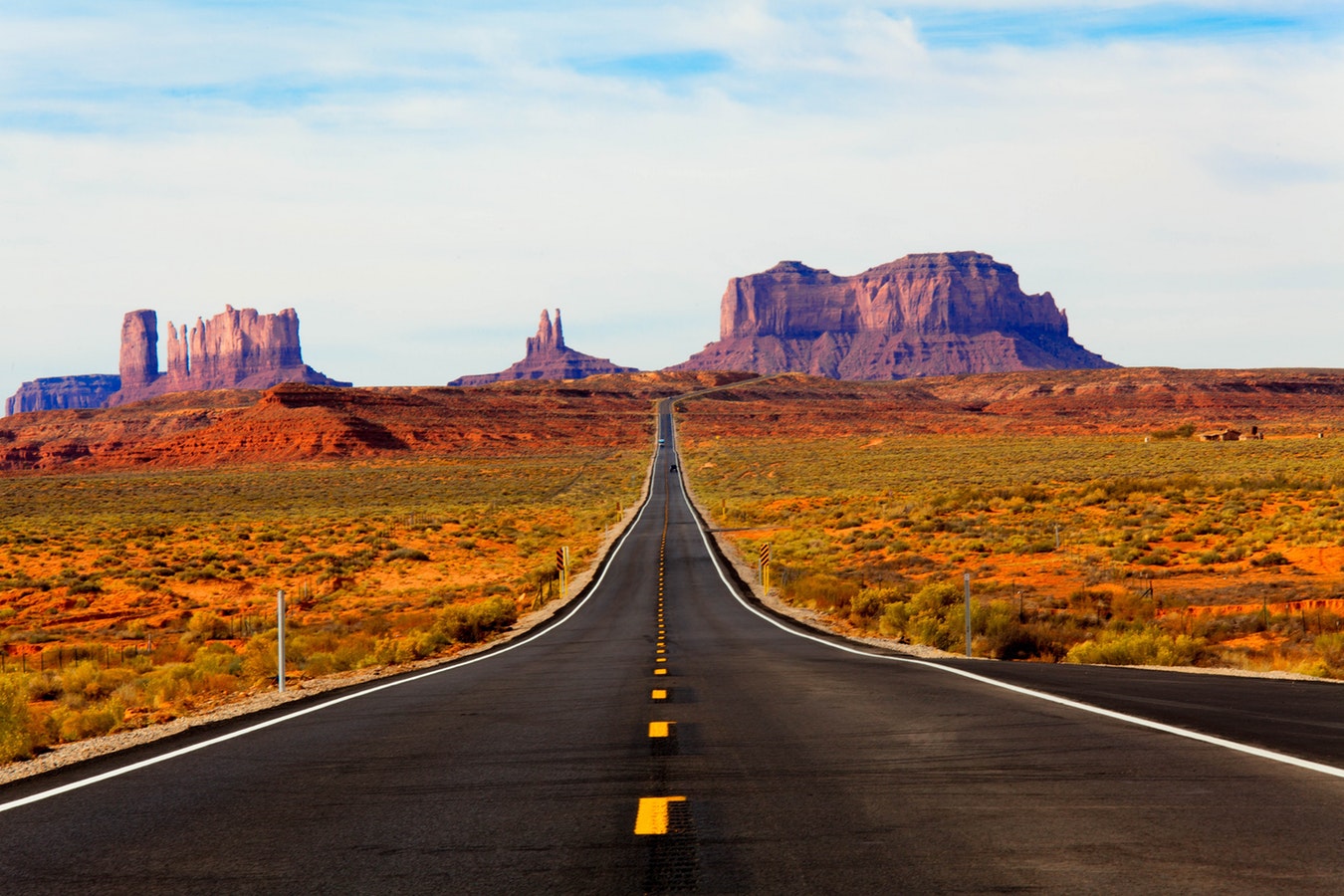 When my parents decided to leave Zimbabwe, they sat my younger siblings and me down to vote on whether or not we wanted to move to the U.S. This was my first time experiencing what I would later learn was a democracy.  My father stood in a queue every day for a week just to get an appointment with the U.S. consulate to file our paperwork. At that time the U.S. Consulate in Zimbabwe accepted 20 applications a day, so my father stood in line until we were assured an interview. Unlike a lot of people, my family had legal representation, so we felt sure all would be well. But our troubles were only beginning.

We arrived in Seattle, Washington on January 25, 2001. Though my family and I had legal representation, our attorney was based in New York and did not file our paperwork within the agreed upon time frame. After a few months of being given the runaround by our attorney, our application was approved two weeks before 9/11, but due to poor legal representation and miscommunication, we ended up in a deportation hearing. 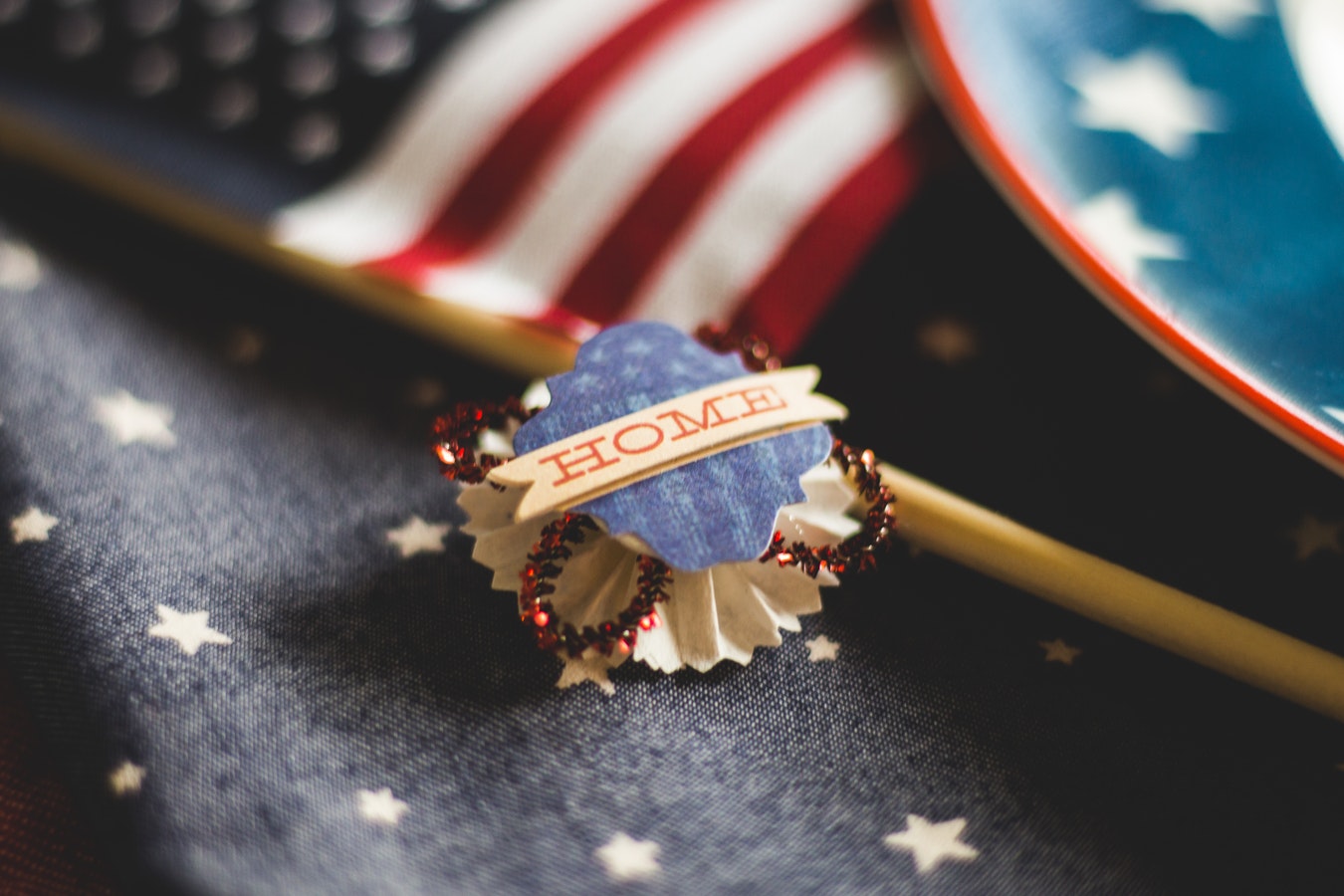 Upon arrival in the U.S., you are immediately "otherized." You stand in a different queue at airport immigration, which is true of any country but serves as a reminder that you are an "other." Upon arrival in the U.S., you are issued an "Alien Number" as a legal status, the implication being that you are from some other land. And while that is factual, having to note that in every piece of documentation you sign is a constant reminder you are not American. For my family, the timing of us moving to the U.S. played a significant role in how long the journey to citizenship took. Post-9/11, United States Citizenship and Immigration Services (USCIS), then the Immigration and Naturalization Services (INS), had stopped accepting applications and processing times more than doubled.

As of this year, I have now been in the U.S. for half of my life, but I am still asked, "Where are you from?" or "Where is your accent from?" My favorite question about my possible origin is, "Are you British?" I remember the first time I heard that question. It confused me. Why would I be British? I did not realize that I had an accent. But I soon learned that even as an immigrant I was treated differently because I "sounded British" and my accent was easier to understand for most Americans as compared to my fellow African immigrants. I disliked that I was otherized from the group of African immigrants simply because of how I sounded. In the early years, and to a bit of an extent now, many are still floored when I tell them I am originally from Zimbabwe. I am still not entirely sure why, but I am pleased to announce that the questions about having elephants and lions as pets have long since ended. 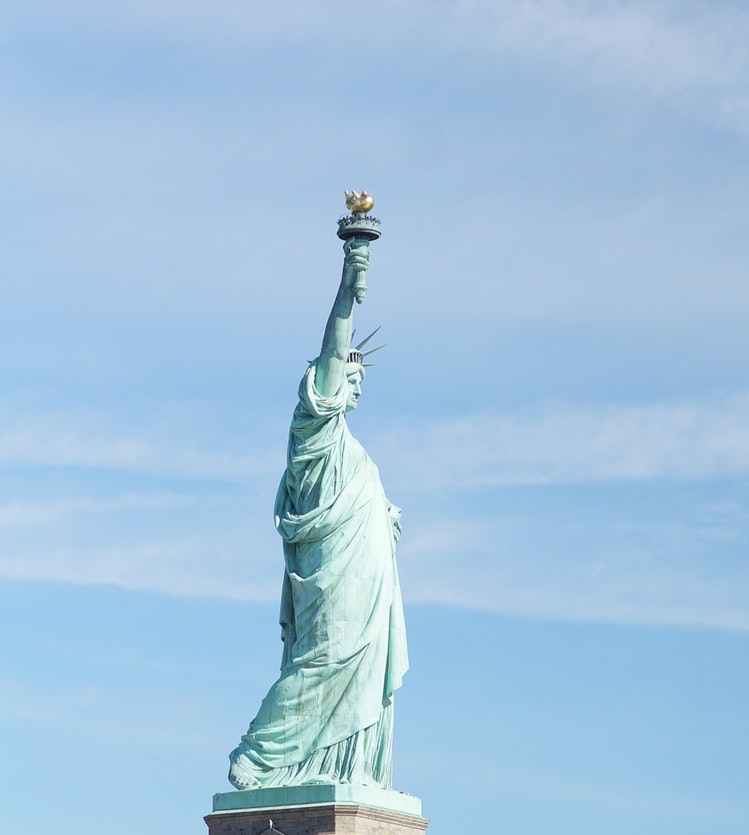 American culture is exported worldwide, but living here is still a bit of culture shock. In an attempt to move from the ''otherized," I quickly learned how to fake a New York accent so as to avoid answering the question about where I was from. I did so not because I was ashamed of where I was from, but rather as a means to just feel like part of the collective. I felt my accent otherized me and it took me many years to feel OK with it. It is, after all, who I am. I think a common idea is that when you come to the U.S. you must acculturate so as to prove your "worthiness" of being here. Skirting the line between assimilation and acculturation is where I found myself in the early years. Inspired by Shinehead's lyrics to "Jamaican in New York", "be yourself, no matter what they say,"  I have since found my balance. 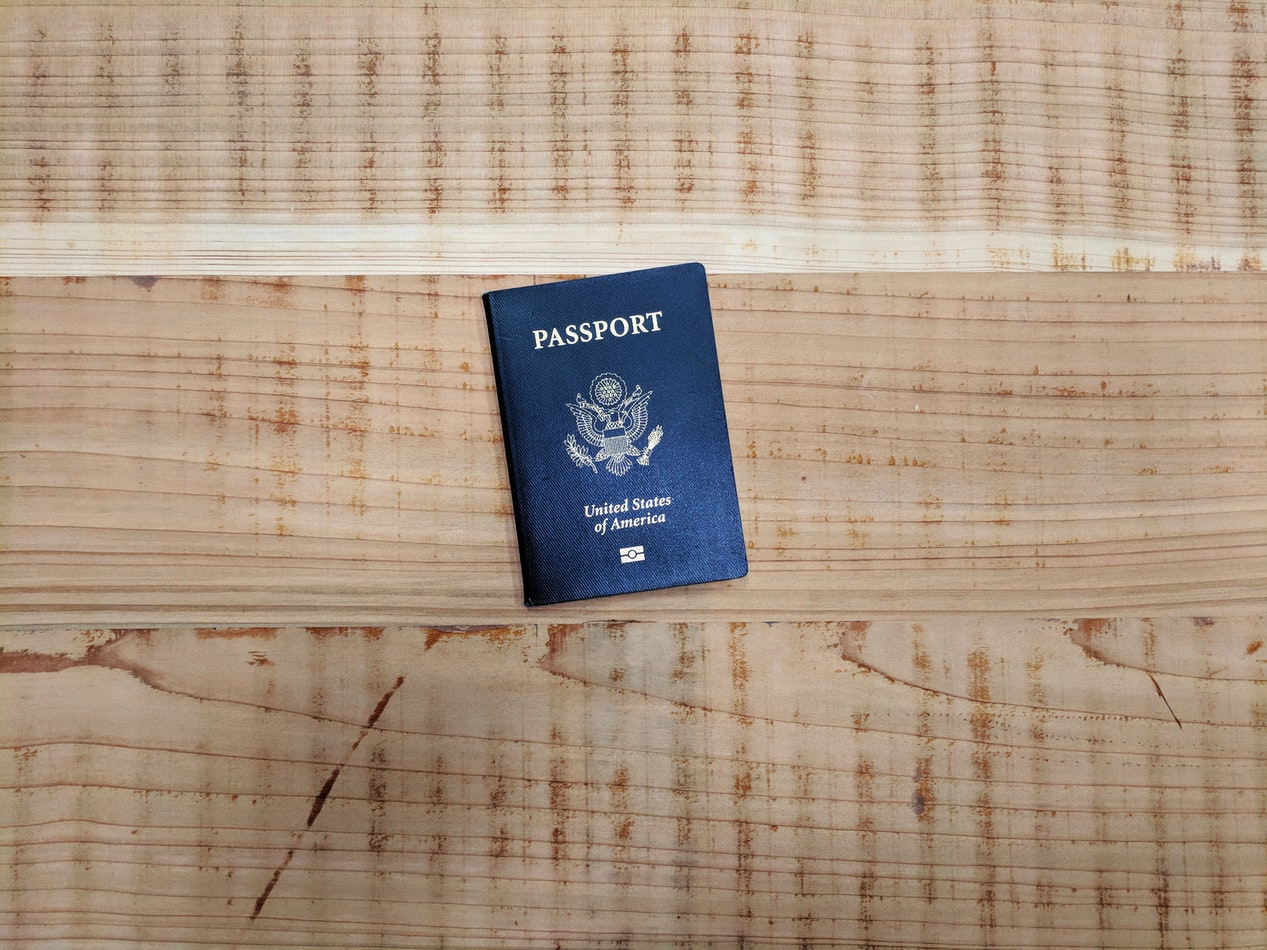 What does it mean to "be an American"

I cannot adequately express the joy one feels when they become a U.S. citizen here in this blog. You simply have to go through it to understand. For me, becoming an American was a celebration from at one point being "undocumented," to being considered an "alien" (albeit a legal one), and eventually being considered a person. There are issues with this way of thinking, but I recognize that I was engrossed in it to some extent because I felt sub-human.

Being an American to me meant being a good neighbor, supporting other people's differences and experiences, and standing up for causes much like the students at Lake Washington High School, friends, and advocates did for my family in raising funds and awareness of our deportation hearing. That cold March day at the Immigration and Customs Enforcement Office in downtown Seattle, there were more than 100 supporters, some of whom wore "Support the Siddicks" buttons. There were so many people who wanted to be in the courtroom that day, the presiding judge who has since retired, had supporters take turns coming into the courtroom.

Being an American immigrant is remembering all the trials and tribulations it took for you to get there. For those of us who have to earn that right, we understand the risk involved in moving here. We faced potential persecution had we been deported back to Zimbabwe. Being an American, at least from my perspective, is not having a status synonymous with criminality by being "illegal" or an "alien." It is remembering that there are 12 million undocumented immigrants who live in this country and are deserving of the right to citizenship.

Being an American meant I could attend college anywhere and study what I wanted in the U.S. Of course, you can do this as an International Student (as I was for most of my undergraduate years), but it is easier and more affordable being a U.S. citizen. Being an American meant that at age 33, I was, for the first time able to vote and participate in my civic duty. It meant I finally felt free and able to use my voice. Though, I realize not all Americans have these rights. I am referring here to marginalized communities. Being an American does not mean forgetting where you came from, but rather how you can morph your old culture with a new one. It means recognizing that you are part of the "American Mosaic" and that every piece is beautiful, worthy, and necessary. 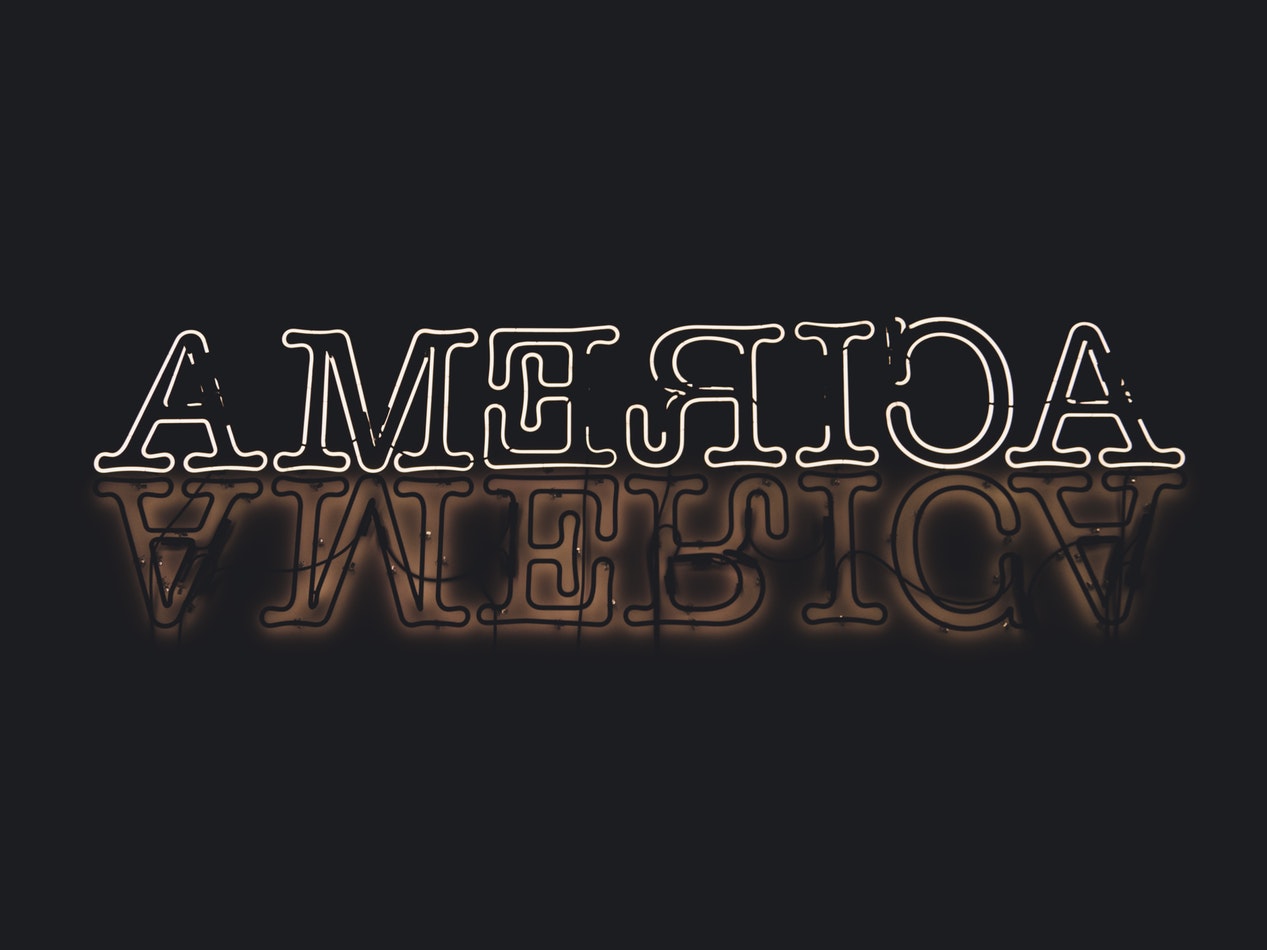