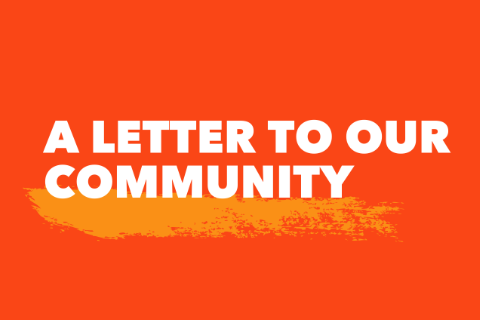 April 21, 2021
A historic verdict for racial equity and justice
By:
Maria Chavez-Wilcox
It's time to reimagine policing and public safety, and the conviction of a former Minneapolis police officer for the killing of George Floyd is a step in the right direction.

On April 20, 2021, a verdict was returned in the trial of former Minneapolis police officer, Derek Chauvin, for the 2020 killing of George Floyd that sparked worldwide protests against racism. The jury found Chauvin guilty on all charges.

When I heard the verdict, I let out a deep breath as a wave of emotions washed over me. Gratitude for all of the people who worked to make justice possible. Relief that Derek Chauvin was held accountable for his brutal actions. Heartache and anger for those who have been and continue to be shot and killed by police, including 16-year-old Ma'Khia Bryant, who was killed last night in Columbus, OH. Resolve to stand strong in the fight for racial justice.

Our nation has a long history of justifying and minimizing violence against Black lives. Since 2005, only seven officers have been charged with murder for police shootings. Yet at least 135 unarmed Black men and women have been fatally shot by police since 2015. Our structures and systems were designed to eliminate accountability for officers and reinforce the violent oppression of BIPOC communities.

The outcome in this case was made possible by the collective actions of many courageous people. This includes those who tried to defend Floyd against Chauvin’s actions in May 2020, including Darnella Frazier, who was 17 when she bore witness to Floyd’s death. She recorded a 10-minute video that helped change the initial police narrative, “because the world needed to see what I was seeing.”

This is what Floyd’s legal team called “painfully earned justice.” This momentous verdict is an important step toward accountability, but is not true justice for his family. As Minnesota Attorney General Keith Ellison said after the trial, “True justice implies restoration.”

Our hearts and prayers are with the family and friends of George Floyd, whose loss can never be restored. We stand together with all people harmed by racism and police violence, to work for a future where no more lives will be lost as tragically and unjustly as Floyd’s.

This verdict also offers a moment of hope, that maybe we’ve reached a turning point in the fight against systemic racism. It’s an indicator that collectively, we’re no longer willing to ignore the state-sanctioned violence that plagues BIPOC communities nationwide, and that disregard for Black lives will no longer be tolerated.

We must keep working to advance racial justice and safety measures that protect BIPOC communities from harm by law enforcement, immigration authorities, school resource officers, and other state actors. We must continue acting in defense of Black lives, centering BIPOC voices in decision-making, and working together to drive long-term solutions.

We hope policy makers and law enforcement agencies join these community conversations and actions necessary to enact lasting change. Now is the time to reimagine policing and public safety, and there’s much more work to be done.

For 127 years, YWCA has been dedicated to serving our communities and meeting their needs for health, safety, justice, and equity. Today, we remain focused on our pursuit for equity, civil rights, and a world where justice just is.

It’s time to advance racial justice by reimagining public safety and policing. Below are a few articles about different ways this is happening now in Washington State, from legislative advocacy to community organizing.