Although jazz was being played in nightclubs in Seattle since the early 1900s, the speakeasies that flourished during Prohibition helped build the venues at the epicenter of Seattle’s jazz scene. These venues were concentrated along Jackson street in the Central District, the historic home of Seattle’s African American community.

Forced into the neighborhood by redlining, racist zoning, and prejudice, the Central District grew in population dramatically during the 30s and 40s as migration from other states and the War effort brought black servicemembers stationed at bases around Seattle. In their time off, the troops would frequent the jazz clubs of Jackson street, providing a steady stream of customers to the black-owned businesses and dancehalls.

The jazz scene of the Central District got several big names started on their career, including Quincy Jones, who attended Garfield High School and played trumpet in several groups in the Central District. Ray Charles moved to Seattle for two years to get as far away from his native Florida as possible in the continental United States.

But neither of these famous black musicians would have had the same launching pad in Seattle if it weren't for the American Federation of Musicians’ Union Local 493 and the black women who kept it alive.

The women who saved Jazz

No one did more to keep jazz alive in Seattle than pianist Gertrude Harvey Wright, who helped found the short-lived black musicians' union after World War I. She was an active union organizer there, as well as at the Local 493 segregated union that followed. Barred from playing in the most lucrative white clubs by Jim Crow conditions in a defacto segregated city, Wright’s work with 493 provided black musicians with union wage jobs in Seattle.

Even while the union was formally headed by black men, it was the women members who were the backbone of the organization. When Gerald Wells took over leadership of 493 and moved the meetings into his home, his wife Elizabeth said:

“The Musicians’ Union was in our home, in our hallway really.  You’d have to pay each year for the charter, and of course, none of them had any money, including my husband.  And so I’d have to get the charter for them.  Women were able to find jobs more readily than men.”

Even today, one of the 493 union musicians is still playing jazz long after the clubs on Jackson street have closed down. Ruby Bishop, 98 years old and still capable of playing "three hours of American standards - from memory," was still performing regularly in 2015. Bishop was a member of 493, and her brother was an agent for the union.

While the unions were segregated, the audiences were not. Black musicians performed in front of crowds of white workers, black troops, and Asian neighbors from the International district. University of Washington history professor Dr. Quintard Taylor says the jazz clubs “were the only places where well-to-do white businessmen and socialites met black and Asian laborers and maids as social equals.”

Indeed, unlike segregated unions elsewhere in the country, non-black musicians were allowed to join 493. Their membership rolls show members with Native Hawaiian and Hispanic surnames, and the first white man to join the union was bass player Bill Rinaldi. This mixing of races both on and off the bandstand shows the enduring power of jazz clubs in a neighborhood at the center of multiple different ethnic groups.

The racial exclusion of the wider Seattle society worked to marginalize black women, but the pioneering women of the black jazz musicians' union showed their resilience in the face of prejudice and inequity in their organizing work in the clubs on Jackson street. As today's Central District is home to fewer black business and homeowners than ever before, it's worth reflecting on the women who built the neighborhood into the vibrant home to black Seattleites it became. 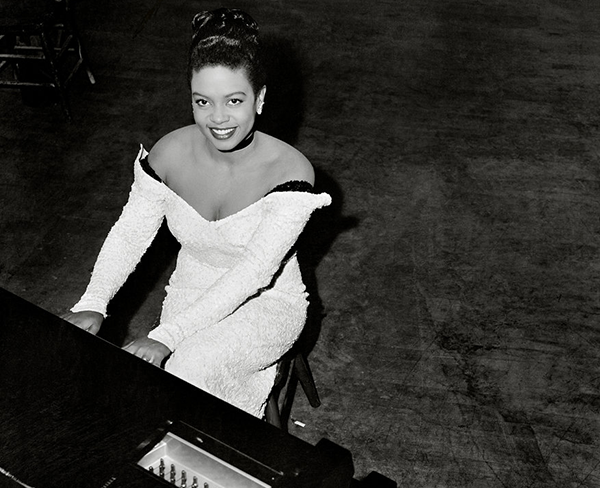