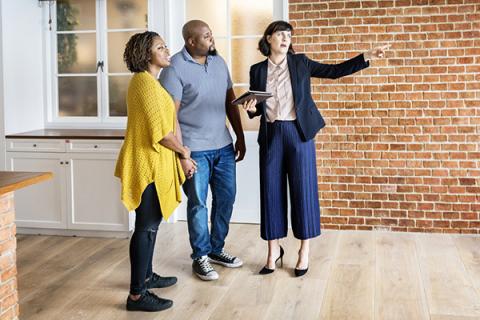 October 30, 2018
Homeownership May Be the Key to Equity
By:
Eric Bronson
Owning a home is the biggest factor in determining your wealth, but in King County and across America, racist policies have pushed Black and Latinx families out of their homes. Eliminating the homeownership inequality is key to closing the racial wealth gap, and ensuring that our communities are more secure.

Two weeks ago we talked about the huge, yet largely invisible, inequality of the racial wealth gap, and how it damages American society. Today, we’re focused on the biggest piece of that gap; the inequity of who owns their home in our country today. For most people, the largest piece of wealth they own is their home. A house is not only the highest-valued asset that those who aren't rich can buy, it also gains value at a reliable rate. Hence the old saying, “safe as houses.”

Who gets to own, and who doesn't

Today, homeownership is more divided by race than it has been in a generation, and King County now ranks fifth among the worst counties for Black homeownership rates. This marks a decline from when King County matched the national rate, which is already alarmingly segregated by race.

The major causes of this inequity are institutional racism, such as the Federal government policy of redlining that locked African Americans out of mortgages while giving Whites monetary assistance. Systemic racism in banking has also played a large role, such as when Wells Fargo Bank admitted in 2012 to the Justice Department that they explicitly targeted Black and Latinx families for subprime home mortgages, while giving top-tier mortgages to White families with similar credit.

Homes as investments, but not for you

Subprime mortgages aren’t just an example of how the financial sector discriminates against black families, it is also a prime example of the powerful interests in housing. It is not only homeowners who are the investors in buying a house, as their mortgage is itself an investment to stock brokers and banks who trade mortgages among themselves. Tying mortgages to the broader stock market allows financial institutions to borrow ever-greater amounts of money for further investments. Your home mortgage becomes part of the bank’s pool of assets that they use in trading.

It was the growing demand for investments that used mortgages that led bankers to build the vicious cycle of subprime mortgages to expand their stock market buying power that caused the 2008 financial collapse. And, since the banks themselves had targeted Black and Latinx families for subprime mortgages, the horrible defaults and foreclosures that came from the collapse fell hardest on those communities. 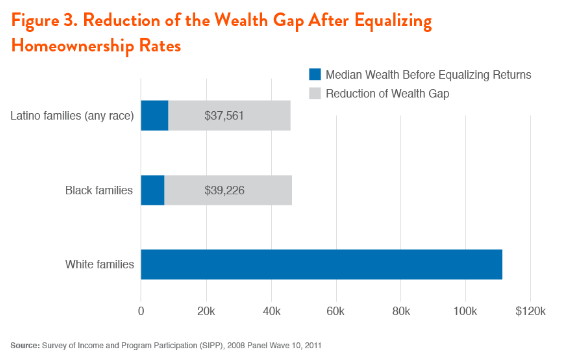 Eradicating the gap in homeownership of Black and Latinx families would reduce the overall racial wealth gap by 31% and 28%, respectively. So if all races had a homeownership rate of 73%, the current rate for White Americans, we could cut wealth inequality by a third. That means more stability for parents when changing jobs, kids getting to stay in their school district instead of being evicted, and less homelessness in the whole community.

Of course, as the example of Wells Fargo's discriminatory use of subprime mortgages shows, we cannot except homeownership in name only. Equalizing homeownership with predatory lending practices like that would only result in a temporary gain for families of color, because the fraudulent mortgages would only lead to foreclosure. That means protecting people with regulation against financial discrimination, and closing legal loopholes for banking scams.

Likewise, equalizing homeownership will require making it possible for working people to afford homes in places like Seattle. Meaning that local and national government policies need to make it easier for first-time homebuyers, rather than subsidizing rich people's second homes, like they currently do. Until we do that, the greatest driver of the wealth gap will continue to keep families of color out of owning a home. 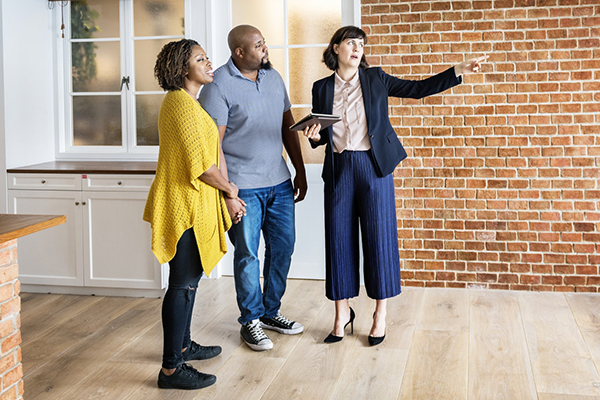