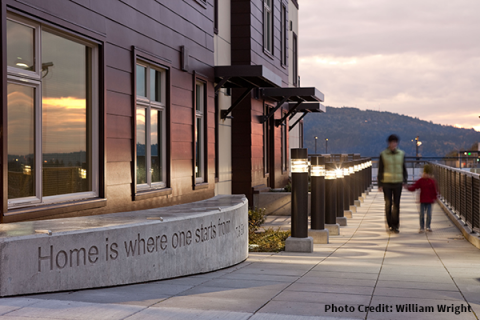 May 29, 2018
Why is Housing So Expensive in the Puget Sound?
By:
Eric Bronson
For many Americans, the American Dream symbolizes a promise that you could afford the life you wanted if you worked full time. Today folks are working two jobs and still not able to afford their rent, let alone dream of affording a house in King or Snohomish counties. We take the time to stop and ask why this is happening here, and what we can do to change it.

Seattle has a hot housing market. The Seattle Times has written extensively on the rapid increases in the prices of homes here, and a recent article takes it another step further by including a live counter showing how much the price of housing has increased just in the time it takes to read the article.

Housing markets don't become hot all by themselves. The heat has been caused by a rapid expansion in our city’s population without a comparable expansion in the amount of housing. Today, King County has 68,600 units of housing affordable to families making under 50 percent of the area median income, but the number of families needing that affordable housing is 116,200. That latter number includes the families who are currently homeless.

The gap also exists more generally between the population growth in our region and the growth in the amount of housing for those people to live in. King County's population has grown by 26 percent since 2010, but homebuilding has not kept pace, and where there used to be one home for sale for every 230 people, that ratio is now one to 1,060. That mismatch has driven the region's vacancy rate down to a historically low 4.6 percent in 2017. With so little supply of housing and apartments, and so many people competing for them, prices can rise astronomically and landlords will still get paid.

This gap also begets another. With the need for affordable housing rising to almost double the available supply, investments by local governments have not doubled to match that demand. When folks ask why the problem of homelessness isn't getting better even as we spend more on it, this is part of the reason: the rate of increase in price and demand has outstripped the rate of increase in housing funding.

This is why context is so important; government spending on affordable housing can be at an all-time high and still be nowhere near close to enough to end our housing crisis. So what is the solution to this gap?

The answer is housing

The solution to homelessness is a home. Folks can’t move on from shelter if there is nowhere to move to. Because not everyone living here is making sky-high tech wages, the expansion in housing has to be of all kinds and values of housing. The Seattle Chamber of Commerce commissioned a report by McKinsey & Company, a consulting firm in Seattle, to investigate what was necessary to end the homelessness crisis. 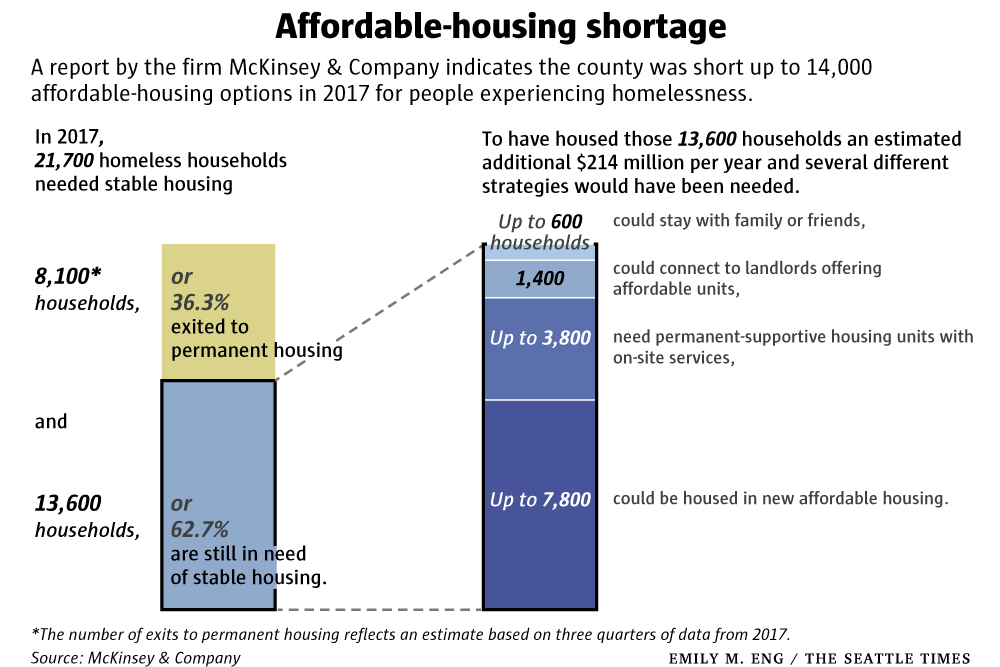 The McKinsey Report concluded that building lots more affordable housing was the only real solution, and would require almost doubling the amount spent building housing. To build the missing 14,000 units needed to house every person currently homeless in King County, it would take an investment of $214 million. That would total $400 million after added to the existing funds the Seattle Housing Levy has already raised.

Furthermore, the report noted that without building affordable housing, any more temporary solutions like merely building more shelters, were doomed to fail. Without building permanent housing to move into, families using shelter services won't be able to leave shelters even when they're ready and willing to. For this reason, McKinsey & Co. recommend that 85 percent of new funds should be spent solely on the building of affordable housing, either publicly or privately. 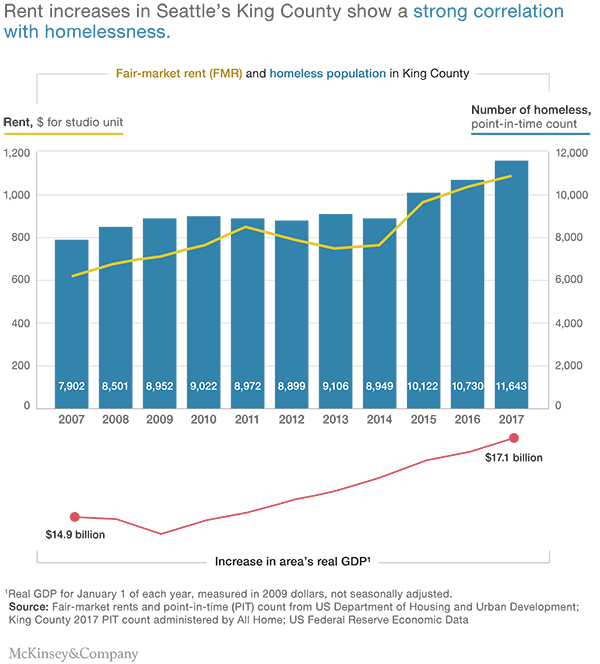 The report also shed light on what factors are the most important in driving homelessness. They found a "96 percent statistical correlation between the region’s rent increases and the increase in homelessness," this means that for every 10 percent increase in the average rent, homelessness increased 9.6 percent in the same time period. By contrast, opioid deaths had only a 34 percent statistical correlation, which shows that our homelessness crisis cannot be adequately explained by the opioid epidemic alone.

The idea that we must build more affordable housing to end our homeless crisis is not a radically new one, but this new research shows just how little we have done to achieve that goal. We cannot expect homelessness to get meaningfully better until we fund the other half of the affordable housing needed in the region.

Meaningfully investing in Housing First programs on a regional level will alleviate the upward pressure on the housing market by fixing some of the mismatch between population growth and available housing. By understanding why housing is so expensive here, we can better focus our strategies to ending homelessness and reducing the cost of living for everyone in King and Snohomish counties. 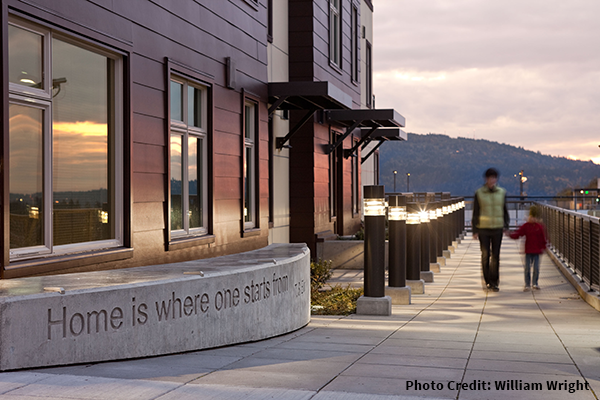