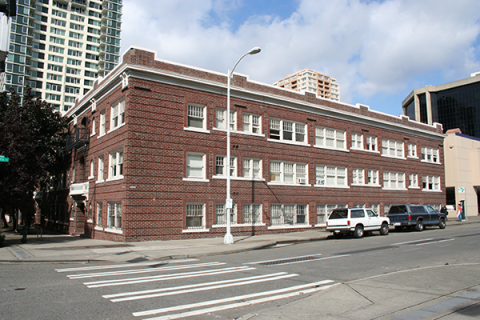 July 24, 2018
What is Rapid Rehousing, and why does it need to change?
By:
Eric Bronson
Rapid Rehousing is a housing-first model of moving people experiencing homelessness into a home, and has become a linchpin in Seattle's strategy to end homelessness. While these programs are effective for some, they do not and can not work for everyone.

Rapid Rehousing (RRH), one of the major housing programs administered by the City of Seattle, helps find housing for people experiencing homelessness and provides rental assistance for a number of months after they start their lease. Rapid Rehousing also sets up people in the program with case managers for the duration of the rental assistance period.

Because of Seattle’s continued lack of affordable housing, RRH programs face big barriers in finding rental units that meet the needs of the families who will live in them.  These units are coming from the same pool of landlords, mostly mom and pop landlords, that all other programs are attempting to find housing with. Jeanice Hardy, Program Director of King County Housing Services at YWCA Seattle | King | Snohomish, said that the “number one issue” preventing success in the Rapid Rehousing program is the incredibly low supply of affordable units in the county, with even fewer in Seattle itself.

The City of Seattle’s Guidelines for Rapid Rehousing say that housing service providers should offer six months of rental assistance to program participants, fully covering first and last months' rent. Program participants are then required to pay 30% of their gross income in rent for the second month, and 60% for the remainder of the rental assistance period. The 30% number comes from HUD's definition of being "rent-burdened," the point above which a person will not have necessary funds to cover bills and other life expenses.

In truth, not all agencies provide the same length of rental assistance, or even the same percentage that the program participant pays in rent. This lack of cohesion makes it harder for the people being housed by Rapid Rehousing to know what it is that they’re getting when they’re placed into a program. The guidelines also omit any direction on how to assess differences in the source of income. For a person living on a fixed income, like Social Security Disability Insurance after suffering a workplace accident, 60% of that money going towards housing is completely unreasonable since it would prevent them being able to afford to feed themselves.

“Equity isn’t playing a role here,” Hardy said, pointing out that frontline staff understand these differences as they see it in their work everyday. Another place that frontline staff say they see inequity being perpetuated by Rapid Rehousing is in the difficulty finding landlords who will rent to African American women in particular. Because of bias among landlords as a whole, black women are being passed up for open housing while white women with similar backgrounds and dependents are not.

One Size doesn't fit all

Rapid Rehousing has been touted as the masthead program for Seattle's housing plan through Coordinated Entry for All. Unfortunately, Coordinated Entry is not currently assessing whether program participants would be a good fit for Rapid Rehousing. Families who go through this process often aren't given a choice of what programs to choose from, and are funneled into RRH simply because that is the preferred solution Seattle now uses. By focusing so narrowly on RRH, Seattle risks putting too many of its eggs into one basket. Families know that they may not be able to afford 60% of their income going to ever-increasing rents, but they're also not going to turn down the only housing solution offered to them.

When folks drop out of Rapid Rehousing, whether that be because of the fixed income issue above, or they experience an unexpected hardship, it can often leave them worse off than before. If folks lose their Rapid Rehousing placement, it can then put an eviction on their record, making it harder for those same people to find housing again.

All Home King County does track how many people who go through RRH wind up back in the homelessness data system. Over the previous 12 months, they've documented program participants experiencing a 7.4% return rate. But that number is almost certainly lower than the true number, as folks who return to homelessness won't always come back through the data system.

One of Jeanice's biggest hopes for improving Rapid Rehousing is that more funding will be available for what she calls the "back-end data", which would follow up with families who've been placed into Rapid Rehousing and since lost the rental assistance to see how they're faring. This data would also help identify the further services that folks need while they're in the housing, to ensure that they have the most stable footing financially, and reduce the chance that they're forced back to the brink of homelessness by hardships or rent increases. 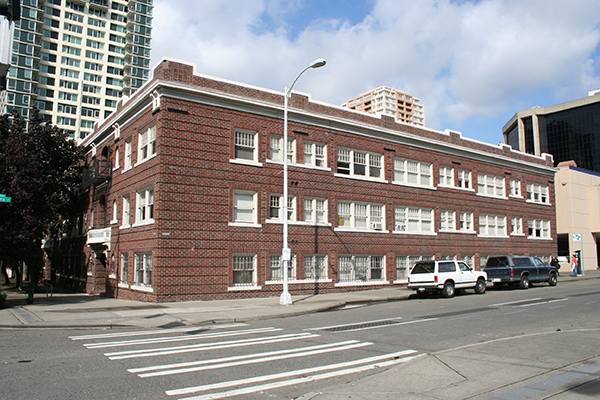