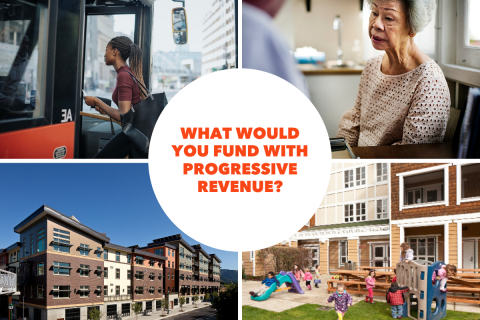 April 6, 2021
Washington's Capital Gains Tax Can Improve Racial & Gender Equity
By:
Eric Bronson
A capital gains tax is achieving historic progress in the 2021 Washington Legislature, and making headlines for the progressive revenue it will bring in. But just what are capital gains, how would this tax impact our state, and how can you help pass the legislation?

What is a Capital Gains Tax?

A capital gains tax is a tax on extraordinary profits from the sales of stocks, bonds, and other valuable financial assets. Proposed legislation (Senate Bill 5096) in the Washington Legislature would create a new capital gains tax to close the tax break so that wealthy Washingtonians pay a modest excise tax of 7% on these assets in excess of $250K, and other high-end sales such as rare artwork and vintage cars. 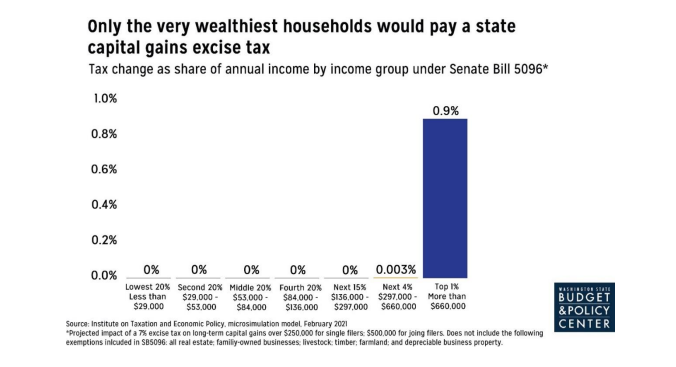 So who would pay this tax? It is expected to impact only 16,000 of the wealthiest people in Washington state. These would largely be hedge fund managers and other big financial players who make most of their money from trading large volumes of stocks. Importantly, the legislation would exclude real estate and retirement accounts, meaning that everyday people living on their retirement savings wouldn't be impacted.

How A Tax Can Advance Equity

Washington has the most upside-down tax code in the nation, with the poorest paying the largest share of their income in taxes, while the wealthiest pay the least. This is due in large part to a lack of progressive revenue taxes like income or capital gains taxes. Because Black, Hispanic, and Native American households have the highest representation among the lowest 20% of income earners and the lowest representation among the highest earners, people of color on average are taxed at a much higher rate than white people. BIPOC communities – and Black women in particular – continue to feel the historic impacts of this injustice in their daily lives. Households headed by Black women are particularly overrepresented in the lowest 20% income bracket here in Washington State, and as a result are penalized by our reliance on regressive taxes like sales and property taxes. 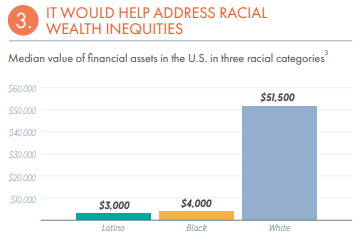 The capital gains tax will help rebalance our tax code to focus less on these BIPOC women, while requiring wealthy white residents to pay their fair share. Moreover, since stock investments are a kind of wealth, taxing extraordinary profits made on them will help rebalance another glaring racial disparity in our society; the racial wealth gap. Black women have the lowest median wealth of any group, and are least likely to own the kinds of stock portfolios that would be taxed under this legislation. Taxing wealth to invest in social support programs for people who are surviving on low incomes is a fantastic way to close this staggering inequity gap.

Rebalance our Tax Code, Recover Together

YWCA helps build better systems that truly value, uplift, and serve BIPOC women in King and Snohomish counties. That means passing the capital gains tax and investing it in the schools where our kids learn, our local health clinics where we get care, and the buses we take to work. We're proud to endorse Senate Bill 5096 as part of the progressive revenue needed to rebalance our tax code so Black women and their families can thrive.

You too can support by telling your lawmakers to pass it this legislative session: 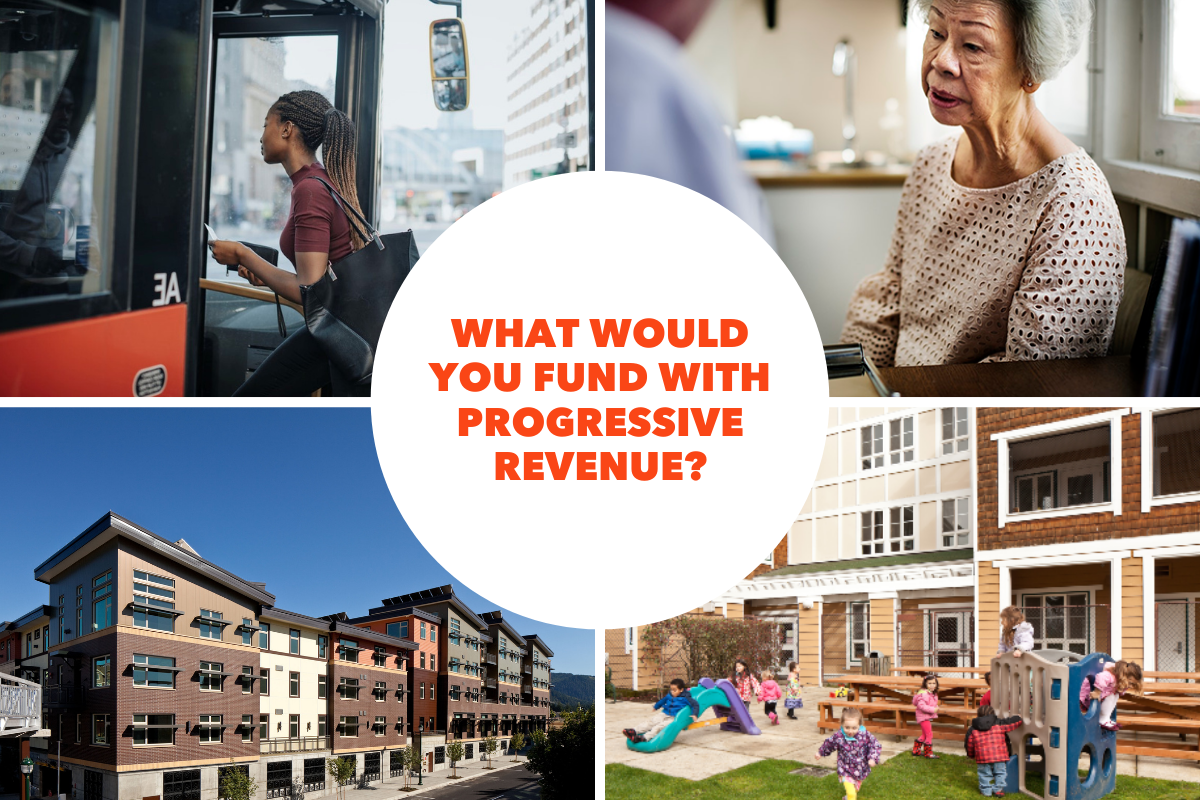