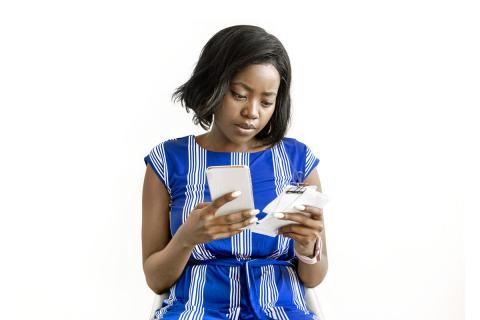 March 3, 2020
Why Black Women are Paying More in Taxes than Washington's Billionaires
By:
Eric Bronson
Washington State has the most upside-down tax system in America, and it disproportionately hurts Black women. As a result, the people making the least are forced to pay the largest share of their income in taxes.

We value fairness in Washington, but like all of America, we have a racial wealth gap that perpetuates the racist divisions of the past into today. Unfortunately, we also have the most regressive tax system in the nation. That means that the people making the least money pay the most in taxes. People whose incomes are in the bottom 20% of Washingtonians pay about 18% of that money in taxes. The people at the top 20% income level are paying only 3% of their money in taxes.

That’s more burden on people struggling to get by from paycheck to paycheck, who actually need that money to make rent, pay for childcare, or start a business. That’s why YWCA is supporting the Washington Recovery Rebate, which would fund an updated Working Families Tax Credit to return money to people who pay the most in taxes while making the least. This would help struggling families stay in our community, and their kids stay with their friends at their school.

Intersection of Race and Taxation

It’s important to understand that our upside-down tax system doesn’t hurt everyone equally. Due to the racial wealth gap, redlining, and other kinds of systemic racism instituted by the American government, Black people make up a disproportionate number of households in the lowest 20% income bracket here in Washington State. 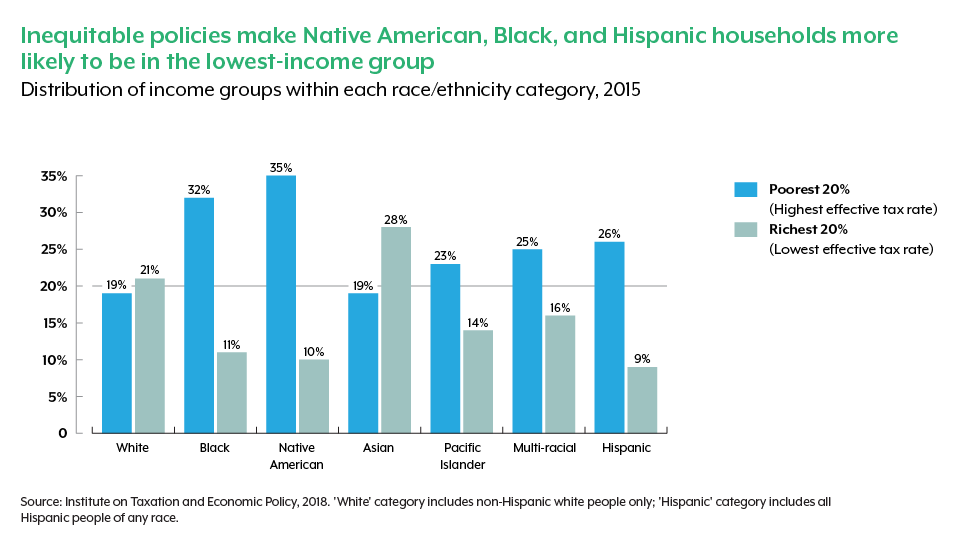 This historical discrimination is clear in the numbers for all people of color in Washington, but is particularly stark for Black and Native communities. A report by the Washington Budget and Policy Center shows that re-balancing our tax code would further racial equity, by making the rich pay their fair share for "schools, health care, and other investments that would help communities prosper."

How Women Are Harmed

However, racism isn’t the only driving factor in Washington’s skewed tax system. Households lead by women are also over-represented among the lowest income brackets who are forced to pay the highest taxes. These women are harmed by lower wages over their lives, and then further disadvantaged by the government taking more of their money in taxes than they do from rich men.

This has long-term impacts on not only the lives of the women, but on any children they might be raising. For Black women, the compounded institutional racism and sexism they experience is greater than either of the graphs above can capture. Black women are very entrepreneurial, starting their own businesses at 10 times the rate of other women, but are being held back by our state’s laws that keep them from having the money in their pocket for the start-up costs for their business. 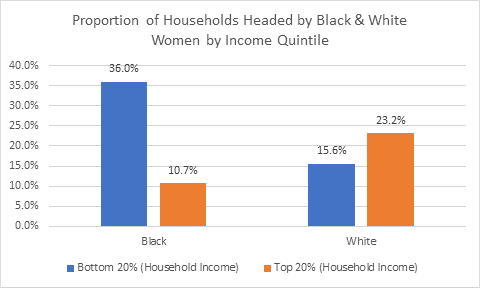 The Recovery Rebate will begin to right the wrongs of our broken tax structure in Washington. It would build both racial and financial equity in our communities, providing the greatest assistance to low-income folks, people of color, and especially the Black moms whose ingenuity fuels our state's economy.

You can make that a reality, by telling your elected officials in Olympia to vote for the Recovery Rebate! Enter your information to find your lawmakers and send them your message of support today. 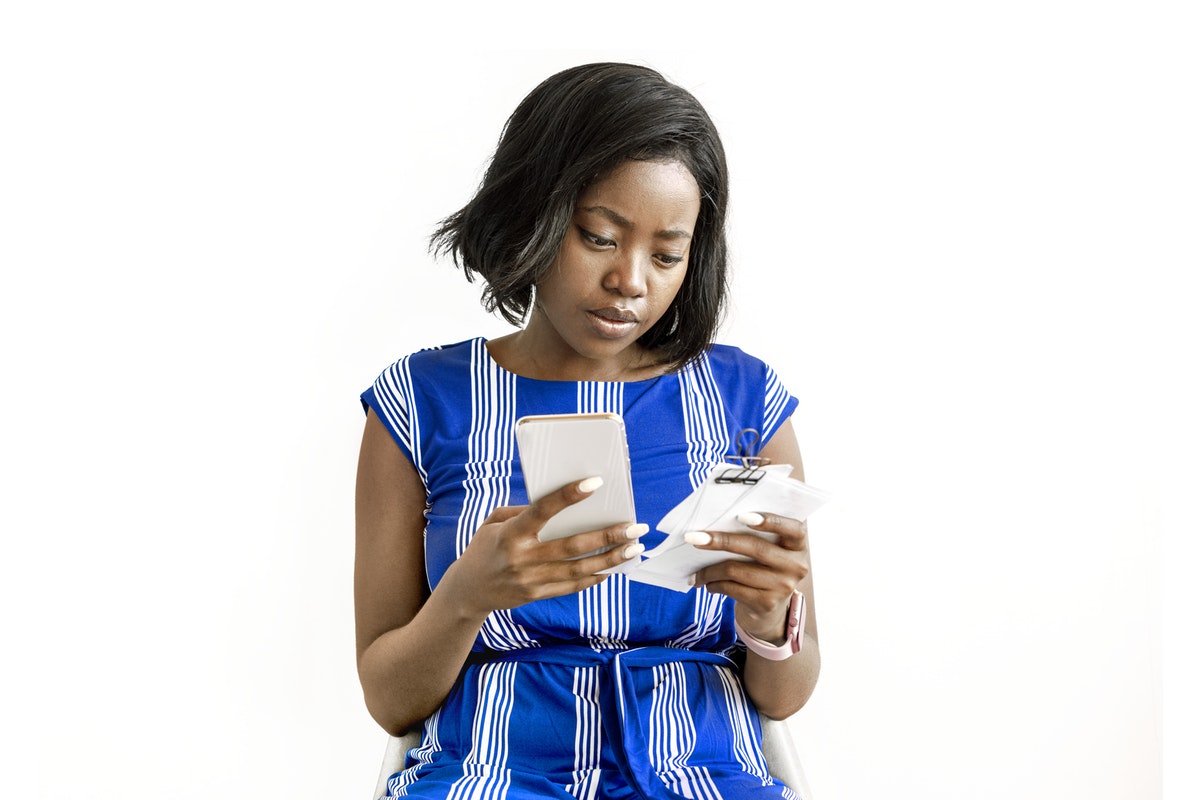