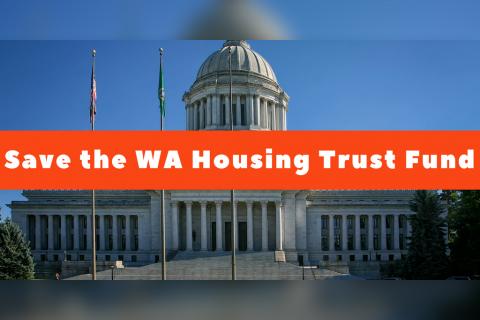 July 20, 2017
Bills, Budgets, and How You Can Save the WA Housing Trust Fund
By:
Eric Bronson
We reflect on the 2017 legislative session and our successes and challenges. Additionally, because of intransience in the Washington Senate, we're calling for immediate passage of the housing-critical capital budget.

Last night, the Washington state Legislature gaveled out after a marathon 193 day session, which ran much longer than its original schedule of 105 days. The legislative session has ended, Governor Jay Inslee has signed the operating budget, and most of us have breathed our sigh of relief at the aversion of a government shutdown. But the truth is, their work is not done. Legislators have left Olympia without a capital budget because Senate Republicans are holding it hostage for political gain. This impasse marks the final chapter of what has been a frankly disappointing budget process, which also saw the operating budget hastily compromised at the final hour. While the budget brinksmanship was unnecessary and nontransparent, we did had some successes in our legislative efforts to improve the lives of women and girls in Washington state.

At YWCA Seattle | King | Snohomish, we view our work serving the vulnerable as vital yet limited. Our work in our shelters and programs can alleviate the effects of structural social ills such as racism and sexism, but they cannot prevent it. Firesteel’s work in advocacy is our attempt to cure these ills at their source rather than treating only their symptoms. As such, we are proud to have supported a fantastic set of bills this session to reduce the number of women who ever come to need our direct services.

We scored big wins with the change to sexual assault protection orders to allow them to be made indefinite, and in the paid family and medical leave bill which allows new parents to take up to 12 weeks of paid time off. Both of these bills will do real work to advance the safety and opportunity for women in our state. Increasing the power of sexual assault protection orders will hopefully keep more women safe from domestic violence, while paid family and medical leave will ensure that women who are pregnant are able to spend time with their child not forced to endanger themselves by returning to work immediately after giving birth because they need to pay their rent.

Our bills to protect Section 8 renters from landlord discrimination, ensure equal pay for women, rein in legal debt for low-income folks, and preserve the funding from document recording fees for homeless services have all failed to make it into law. The document recording fee bill (SHB 1570) made it the farthest of any of the bills which ultimately failed to pass this session, advancing through multiple floor votes and only finally falling from the budget during the late-night negotiations behind closed doors. The longevity of this bill was in large part thanks to the efforts of advocates such as yourself, who called and wrote their representatives to keep it alive. With the strength of this session’s performance behind it, SHB 1570 goes into next year with increased chances of becoming law.

Despite taking up until the final day of the final special session, the legislature finally came to a compromise on their revenue for the operating budget increases. The bill that Governor Inslee ultimately signed funded education by raising property taxes while vetoing the section reducing manufacturer taxes by 40 billion. Since most of our manufactured goods are exported out of state, this tax cut would largely have benefited consumers outside of Washington, while leaving us holding the bill. Unfortunately, the property tax increase will double down on the regressive nature of Washington’s tax structure by raising rents and taxes largely on urban properties.

The Senate GOP refuses to pass the capital budget because they want to use it as a bargaining chip to force other legislators to pass their bill related to a State Supreme Court ruling, known as the Hirst decision, that directed counties to assess the seniority of water rights when granting a permit to build on rural land. While this convoluted legal matter does require legislative action, it should not be used to postpone affordable housing for thousands. It is disingenuous for the Senate to claim that they care about six people in our state being made homeless by the Hirst decision, while simultaneously putting at risk thousands more who will be homeless without the Housing Trust Fund. Every day that passes marks another step towards a new housing unit going unconstructed due to uncertainty of funding, or another rental assistance project being phased out without Housing Trust Fund allocations.

Please join us in urging your Senator to pass the capital budget and invest in the Housing Trust Fund. Let them know that delaying this critical infrastructure for cheap political tricks is unacceptable: 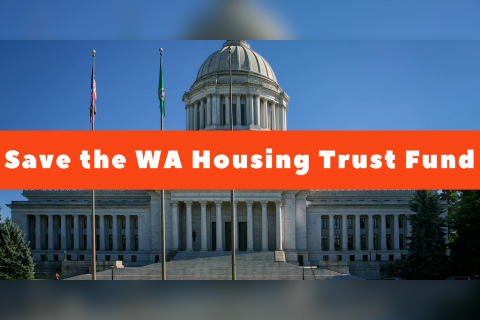