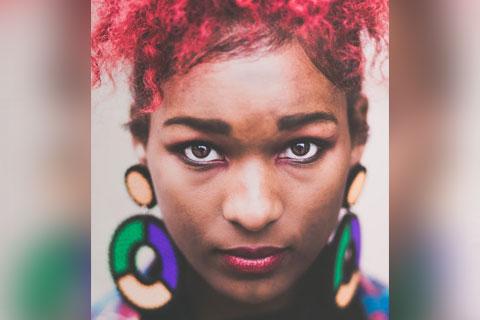 October 31, 2018
Let's Talk About Domestic Violence in Black Communities
By:
Michelle Osborne
October is Domestic Violence Awareness Month. I sat down to talk with Doris O’Neal, Director of YWCA’s Domestic Violence Services Program. Together we unpacked and confirmed the issues surrounding domestic violence for black women specifically and what we can do as advocates to ensure black women and girls are heard and seen.

Having worked with survivors of domestic violence (DV), sexual assault, child neglect, and molestation as a former prosecuting attorney and also as a staff member at several social services agencies, it made sense that Doris and I convene to talk about DV in black communities. We are both experts in the intervention and prevention of violence against women and children from communities of color, especially in black communities.

Doris has directed our DV Program for over 10 years. Before that, she was a long time Victim Advocate at the King County Prosecutor's Office in DV Court. Doris and her YWCA team of over 14 DV advocates work tirelessly to meet the needs of survivors, from handling crisis calls to safety planning with survivors to finding shelter placements when appropriate. 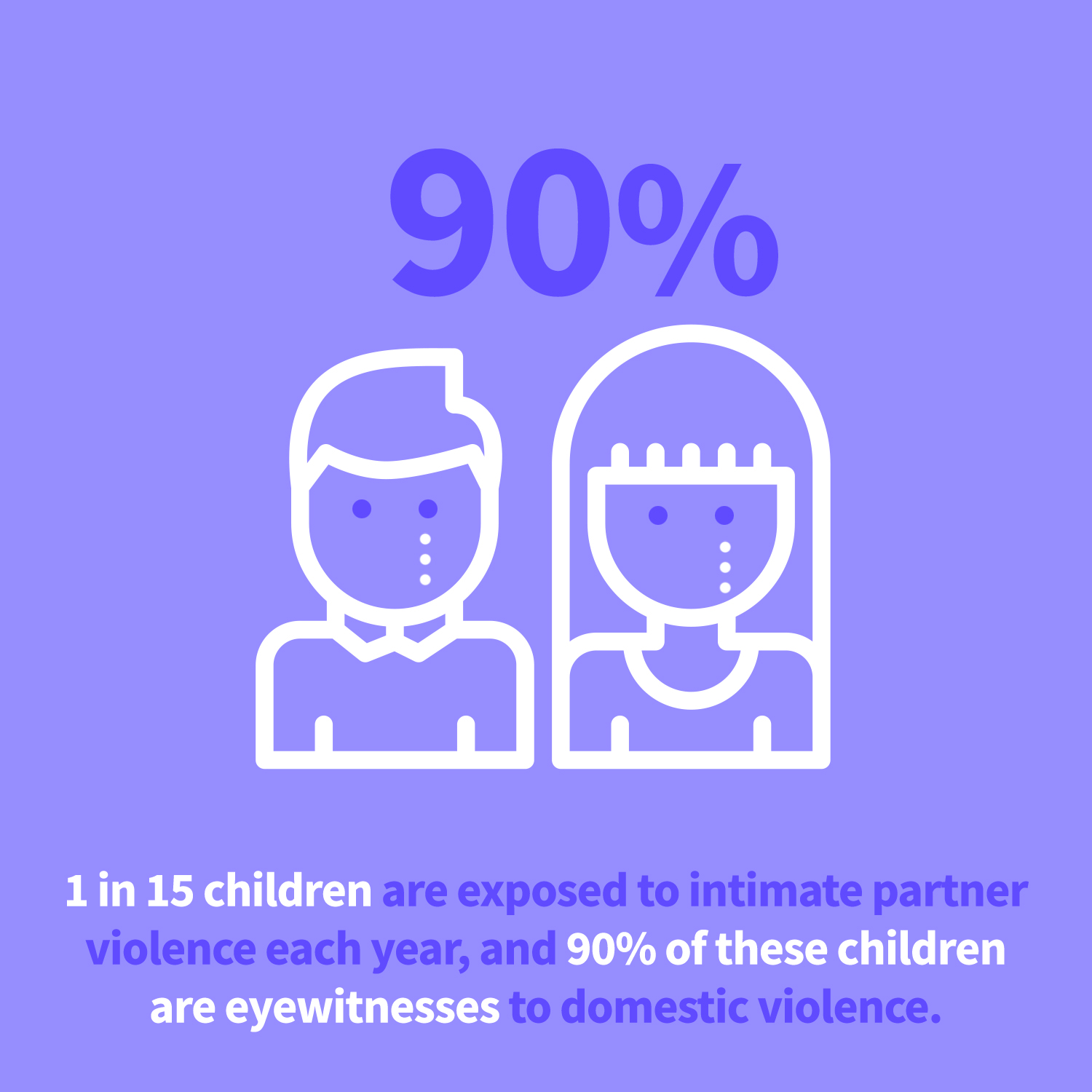 Michelle: Doris, can you tell us more about DV and Intimate Partner Violence (IPV)?

Doris: DV is domestic violence, which our agency defines as power and control and is often inflicted within an intimate partner relationship resulting in IPV. We use the term “survivor” rather than “victim” to describe the person who is being abused because we want to honor the efforts and courage they use to keep going despite all the abuse. And the abuser can be a different gender or the same gender as the survivor – whoever the survivor is in an intimate partnership with.

Michelle: So there can be abusive harm in a same-sex relationship.

Doris:  That’s right. People of all socio-economic backgrounds are affected by DV. DV affects everyone in any community. LGBTQ+ communities do not escape domestic violence.

Michelle: So what does domestic violence look like? What forms does it take?

Doris: It isn’t just about physical violence. For many survivors, the most common abuse is verbal abuse. Even non-verbal gestures can be something the survivor knows will be the beginning of abuse. The way the abuser drops their eyeglasses on the table, the way their face looks, the way they start to swing one of their legs when they’re sitting down. The survivor often knows the signs of their abuser’s patterns.

Michelle: It sounds like all these ways to control a partner in a relationship are hard for people outside the relationship to understand.

Doris: That’s right. Even survivors struggle to describe some of this as abuse, because we as a society don’t like to examine why this happens, or why abusers get away with so much of this. Let me give you some more examples. 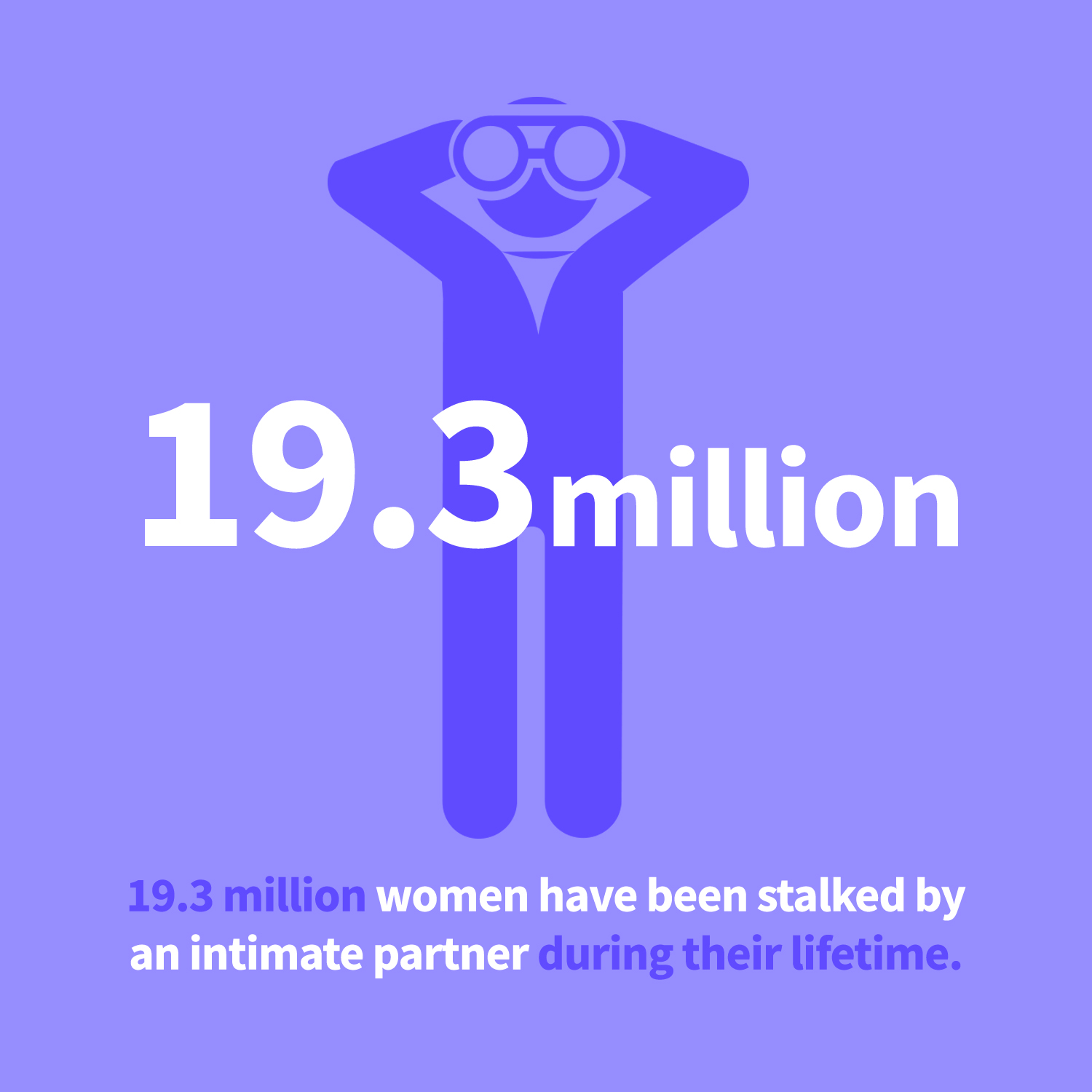 Michelle: Doris, what you are telling us is so disturbing.

Doris: Unfortunately, there’s more. Stalking is also a form of abuse. Using the children in all kinds of ways – threatening harm or actual harm, talking about hiding them, or getting sole custody of them, things like that. Affecting their employment – constantly calling at work, making them late or missing work, finding ways to undermine her competency at her job. Then there’s legal abuse –  some examples are scaring them with getting them arrested, trying to get legal orders filed against the survivor, threatening to or filing lawsuits, etc.  Technology through computers and especially her phone to control her. Taking the phone away, or using the GPS device in the phone to monitor their every move. We often have male abusers threatening to or sending intimate pictures of their partner to others. In the LGBTQ community, we have seen LGBTQ  status being used against survivors, like the abuser outing a partner to people or in places or times that the survivor didn’t consent to or want. Similarly, for immigrant or refugee survivors, we experience abusers threatening to expose their undocumented status, or lying to them about how they can have them deported, or lying about how American laws don’t apply to survivors. Language barriers and dependence on the abuse can make it really difficult for a survivor to reach out for help. A survivor’s reputation in their church or their community is also at risk from an abuser. We also see abusers threatening and harming pets, too. 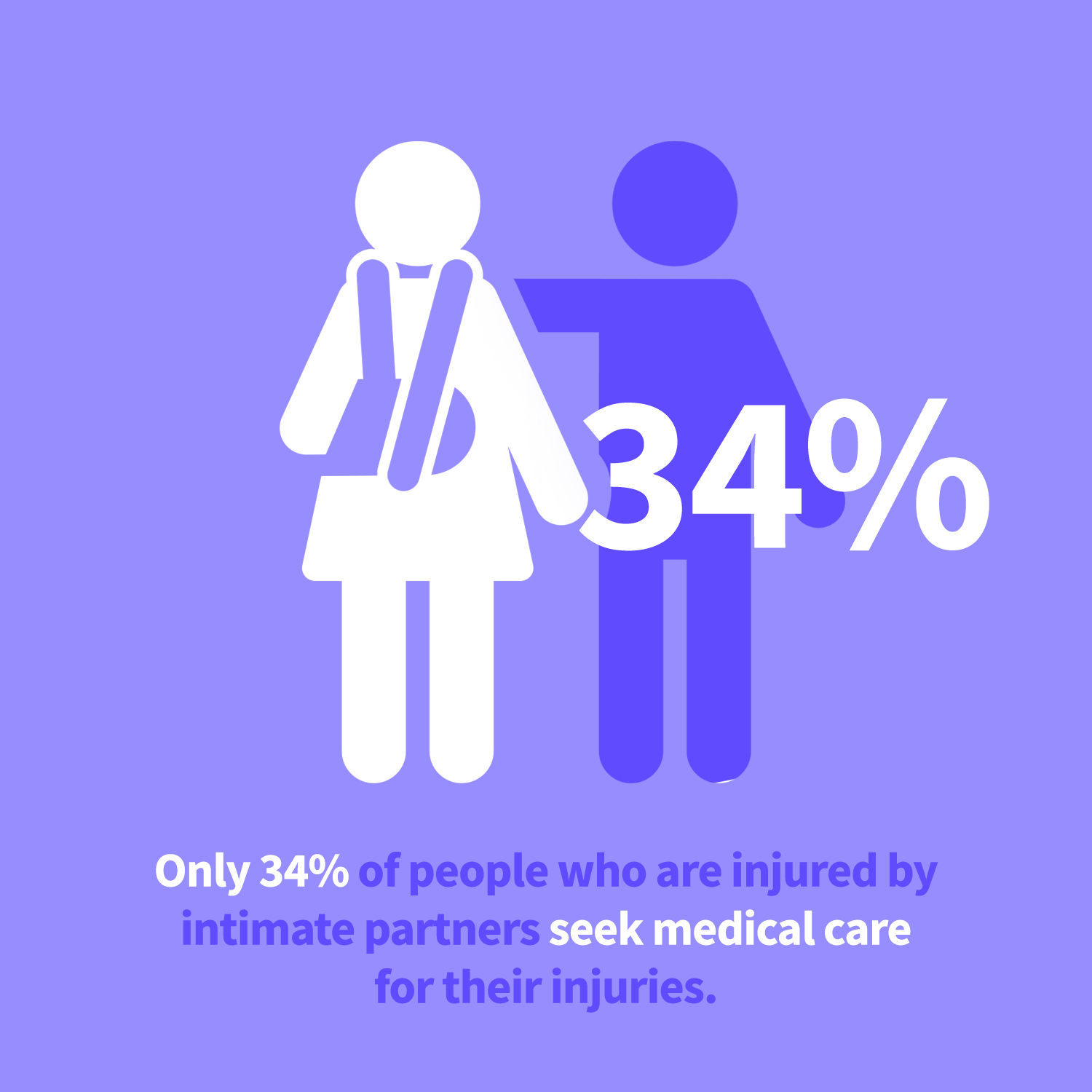 Michelle:  Are there any other common forms of control abusers use that you and your advocates regularly see?

Doris:  Sadly, there’s a lot of medical abuse – not letting the survivor see a doctor, lying to health care providers about how injuries happened, not letting survivors get the health care they need, even when they’re pregnant. That leads us to reproductive health coercion and abuse. We have male abusers not using condoms even when she asks him too, or sabotaging condoms without her knowing it, not allowing her to use birth control or not letting her decide when to become pregnant, not allowing her to terminate a pregnancy, or even forcing her to get an abortion when she wants to have a child. A lot of violence can happen to women when they’re pregnant, maybe because the abuser feels they are losing control over her and her body. They know they’ll be competing with a baby for her attention.

Michelle: When I was a deputy district attorney prosecuting these types of crimes, I found that sexual abuse was the hidden abuse within all the other abuse. Survivors often could not bring themselves to talk about non-consensual sex – unwanted and forced sex acts and rapes.

Doris: We continue to find that to be true too. Very common. 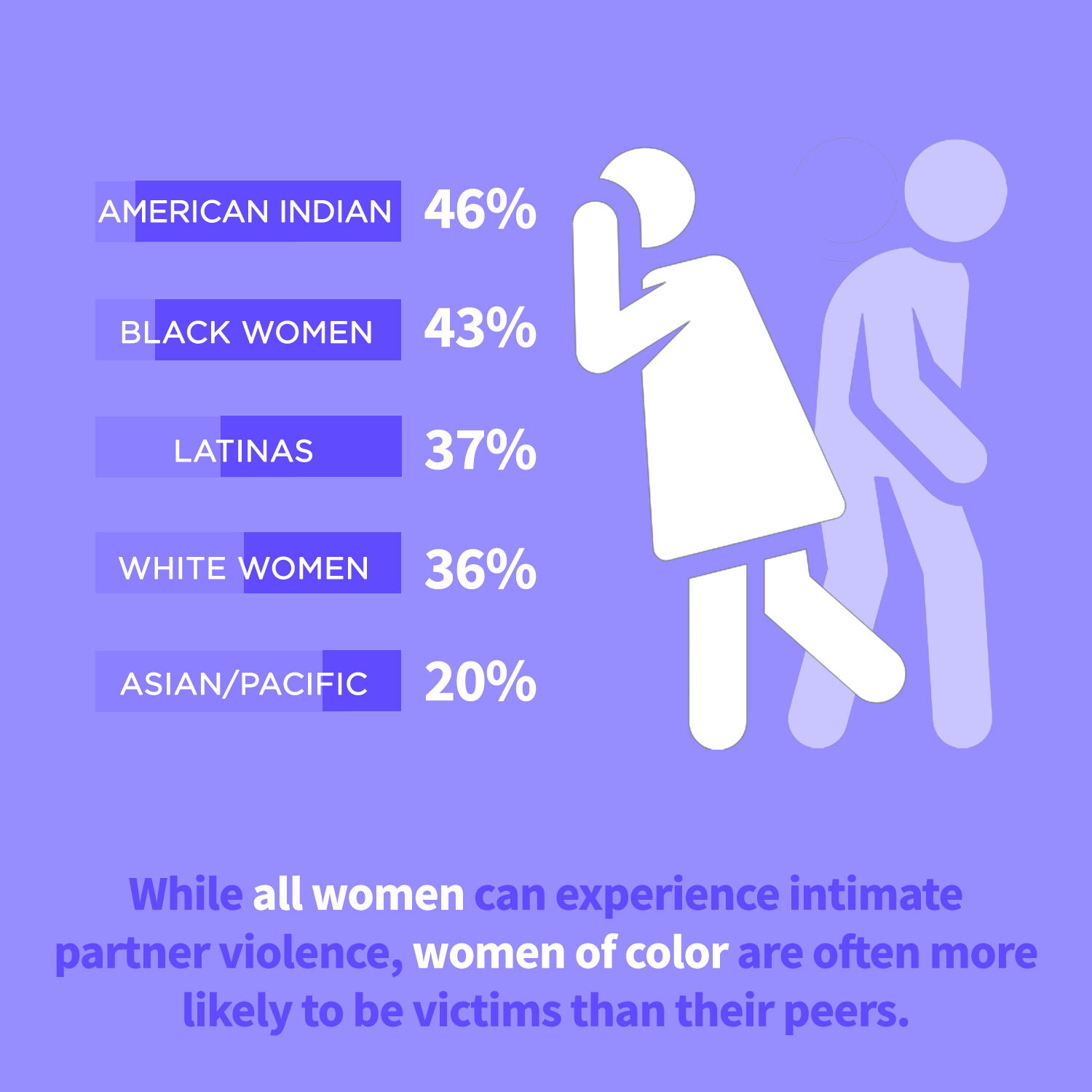 Michelle: Not all DV is considered a crime. In my experience, being in this work for ­­­­­a very long time, DV is a very unreported crime. Because of that, we know that the statistics and data being collected is very helpful, but also represents underreporting. According to the National Coalition Against Domestic Violence (NCADV), one in three female murder victims are killed by an intimate partner. 72% of murder-suicides are perpetrated by intimate partners. 94% of murder-suicide victims are female. The National Crime Victimization found that 77% of rape incidents & sexual assault were not reported in 2017.

Other data shows that only 34% of women injured by IPV get medical care. Even so, I see that the data out there shows that women of color experience disproportionately higher rates of DV, given their numbers in the U.S. population. Looking at some recent data from the NCADV, it’s reported that 46% of Native American/American Indian women are victimized by IPV in a lifetime, including rape, physical assault, or stalking.  37% of Latinx females reported increased domestic violence after immigrating to the U.S. Statistics are even harder to come by for survivors from Asian American and Pacific Islander communities. 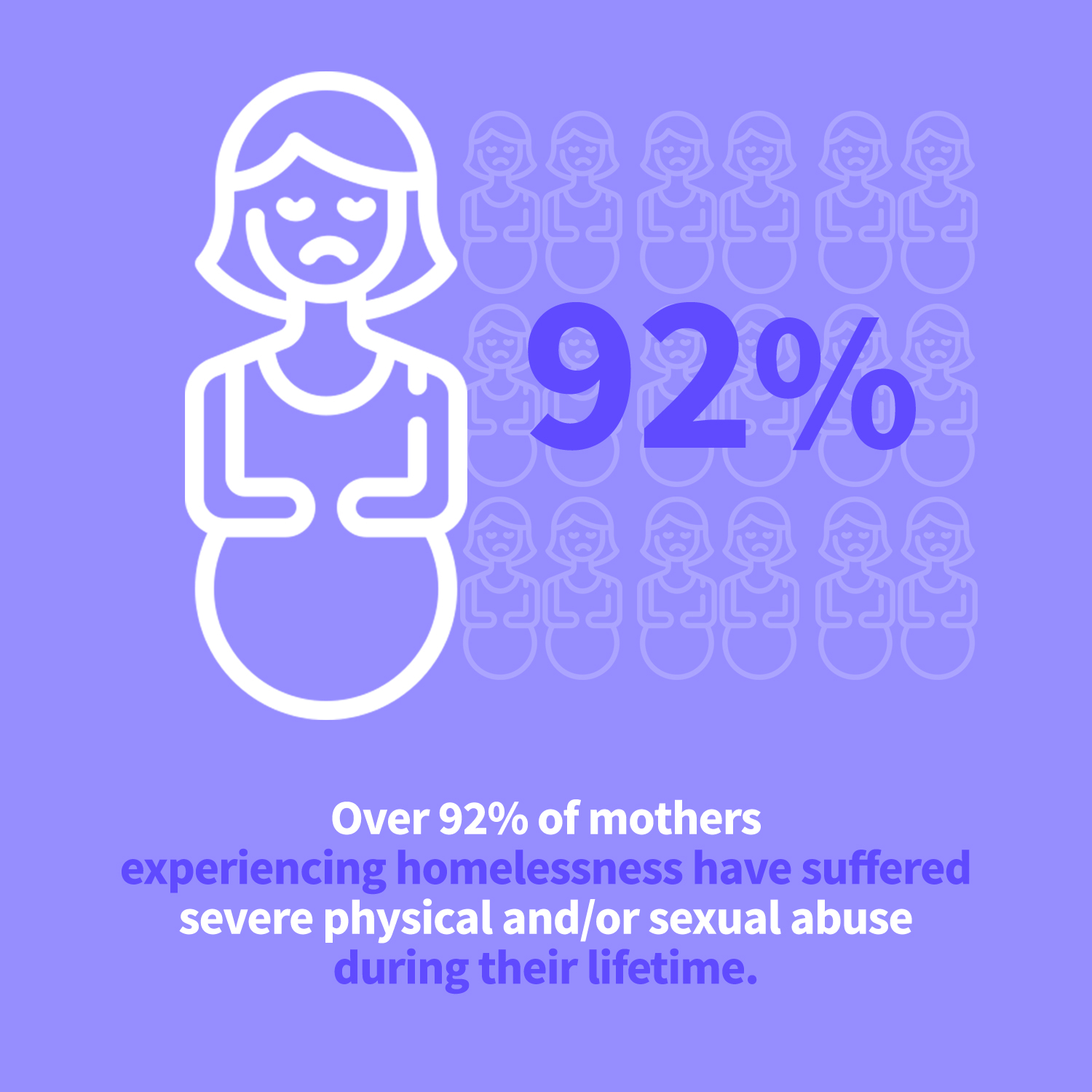 Doris: Our YWCA statistics on the people we serve are consistent with those numbers.

Michelle: As an expert in this field of DV advocacy, can you tell me three things any of us can do to support a DV survivor?

Doris: First, just listen. Believe them. Listen openly, without judgment or criticism, being thoughtful about how you are using your body, your facial expressions, and your tone of voice. Let them know they’re not alone, that there is help and support. The way you first respond can be a deal breaker for whether they continue to talk to you – or to anyone else – about what’s been happening to them.

Second,  share resources or information. If you have local phone numbers for DV and support agencies available, share those. Also, give them the toll-free number for the National Domestic Violence Hotline, 1 800 799 SAFE. Don’t give them lots of papers with DV information. But make sure to let them know that they should put DV information in a place where the abuser won’t find it.

Third, safety plan with the survivor. Never tell them “Just leave!” Leaving can be the most dangerous time for survivors.  Leaving without a plan is dangerous.  If a survivor is going to leave, there should always be a safety plan in place. This includes talking to the survivor about where they keep the things they might need at a moment’s notice – money, phone charged and ready, debit and credit cards, keys, legal papers, significant financial account numbers, and other documents, important phone numbers, the kids’ important documents, several days'  worth of clothes, etc. 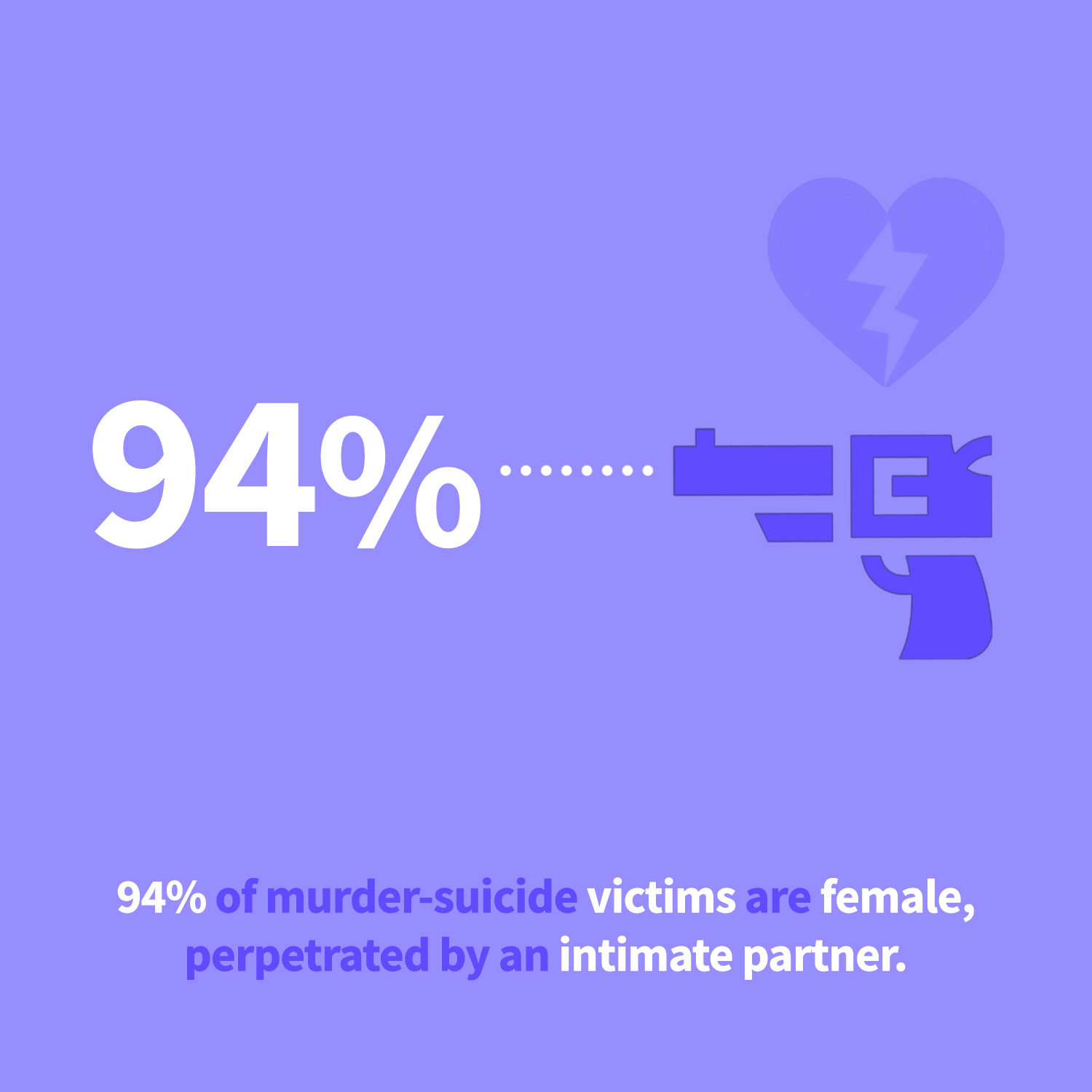 Michelle: Those are critical things. That’s a good way for folks to realize that even as individuals they can find ways to support survivors.

Doris:  Yes, because each of us could be a first responder for a DV survivor who approaches us for help. 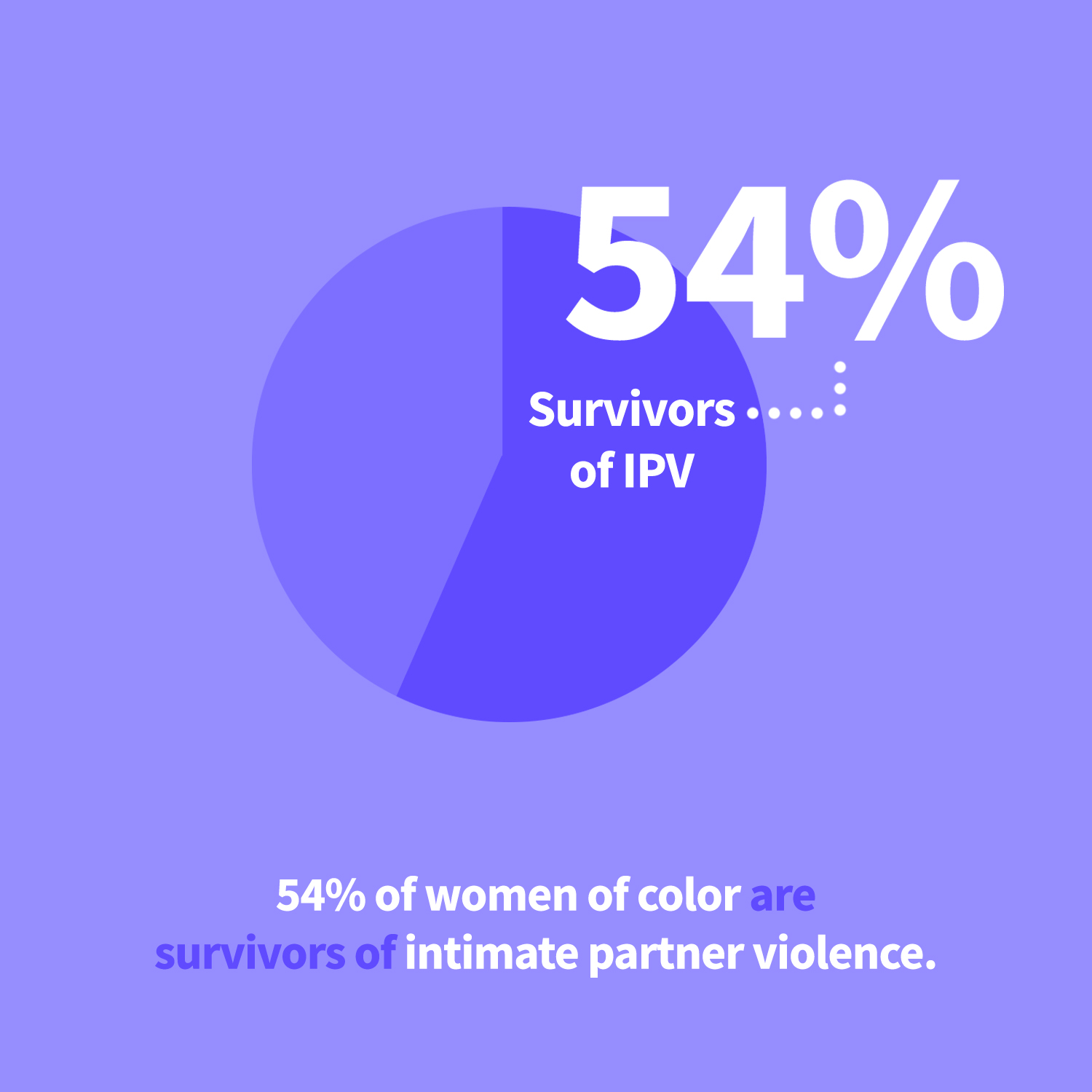 Michelle:  You’ve been doing this work for 25 years. So many women of color are experiencing this kind of violence. Not just the data but the experiences we witness show that black women are faced with complex stereotypes that complicate the barriers to seeking services. What can be done about this?

Doris:  The barriers are real.  Many women of color don’t even know that there are DV services. They hear through word of mouth. Because of the distrust of police, based on historic and current ways that police have treated our Black communities, often times police intervention is not the ideal solution for survivors, and can often create even bigger barriers. With the mandate arrest law, many black women are often arrested when they make a DV call even though they are looking for protection.

Also, so many DV service providers don’t understand that black women deal with DV differently. YWCA offers a black and women of color support group called the “Sister Circle.” We are the only DV service in the city that offers a black support group. Black women do not fit the usual criteria of what a survivor looks like.  Black women wear masks because we have been conditioned to. Take that mask off and we bleed and feel just like any other person. Black women often have to prove that they are victims, unlike white women. 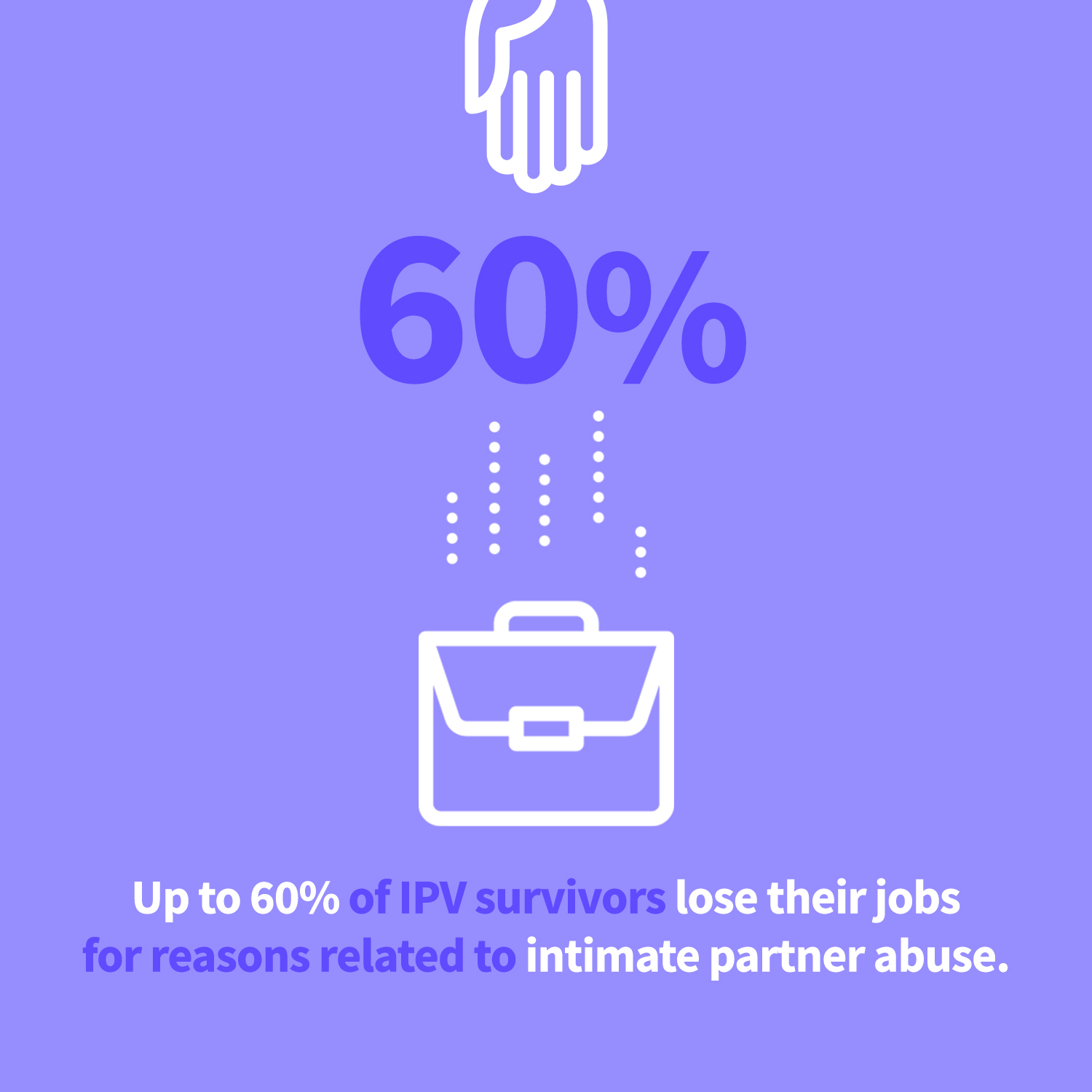 Michelle:  DV is now considered a public health issue! As two black women talking about this serious issue and working to end it, how do you feel we can best support communities?

Doris: We must believe survivors. We must acknowledge that DV exists. We need more money and resources to serve these survivors. We need people trained in this area and information about support and resources in places other than DV agencies. More is needed at health clinics and hospitals, schools, police and law enforcement offices, all social services agencies. Places we don’t expect, like grocery stores, and even public transportation – in Seattle, buses are designated safe places. We need more people to speak out and join us in advocating for laws and public policies that will improve access and outcomes for survivors at local and state levels. 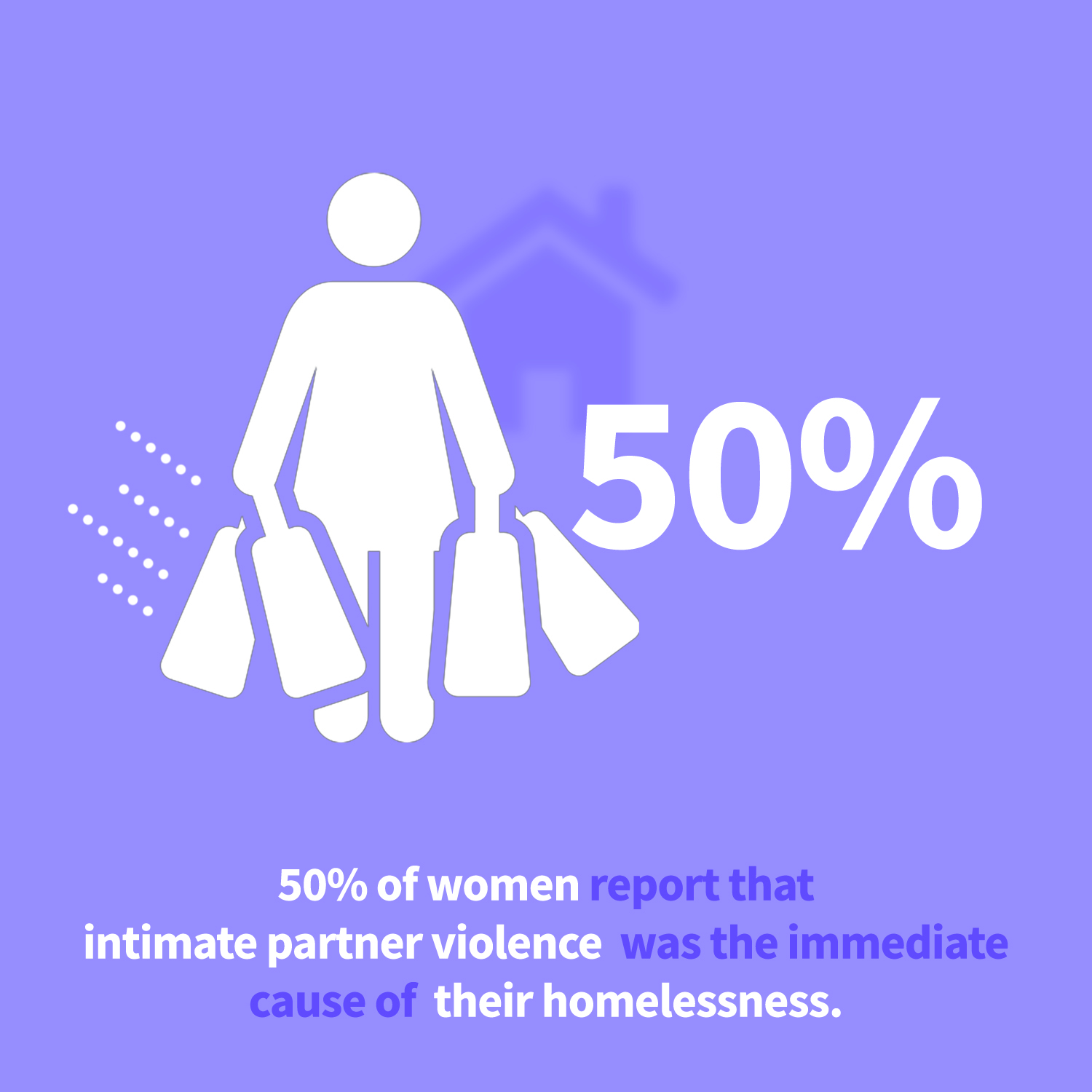 Michelle: Federal advocacy too. We need to keep the Federal Violence Against Women Act (VAWA) renewed and expanded.

Doris: Yes and clearly, we need more housing for survivors including shelter beds, but the most important thing is to provide more resources as we work in parallel to end the way society ignores or condones abusers. Each of us has to understand and be aware of the cycle of violence and work to end it.

Michelle: Doris, you’ve given us so much good information – and a lot to think about. Thank you for your expertise and passion.

Doris: Thank you for helping get more information out to more people.

A former prosecutor and trial lawyer, her work has long explored racial equity and social justice issues, including the prevention of violence against women and children, the pervasive nature of state-sanctioned violence against people of color, societal and cultural roles for women, and leadership development for girls and women. 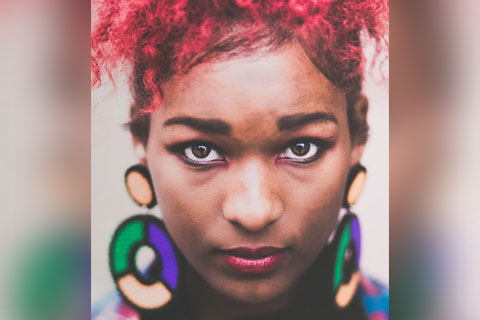