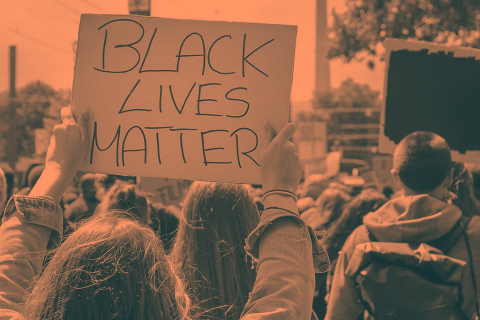 December 21, 2021
What’s the Difference Between an Ally and Accomplice?
By:
Annalee Schafranek
For race and social justice work, the terms "ally" and "accomplice" are often used to describe those who come from places of privilege and their relationship to marginalized groups and individuals. In order to move your race and social justice work from theory to action, it's important to realize that these terms are not interchangeable.

Definitions of ALLY and ACCOMPLICE 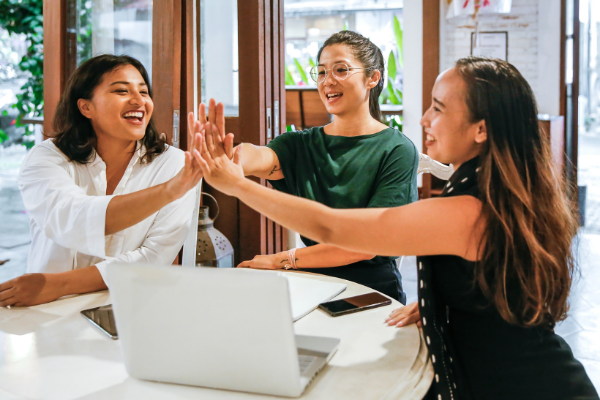 The term ally is defined as someone who advocates for groups or individuals who do not come from the same place of privilege as the ally. Being an ally is considered one of the first steps in race and social justice work.

The term accomplice encompasses allyship but goes beyond to advocacy. An accomplice uses their privilege to challenge existing conditions at the risk of their own comfort and well-being.

Whereas an ally might work to make changes on an individual level, an accomplice aims to tackle racial injustices on an institutional level. 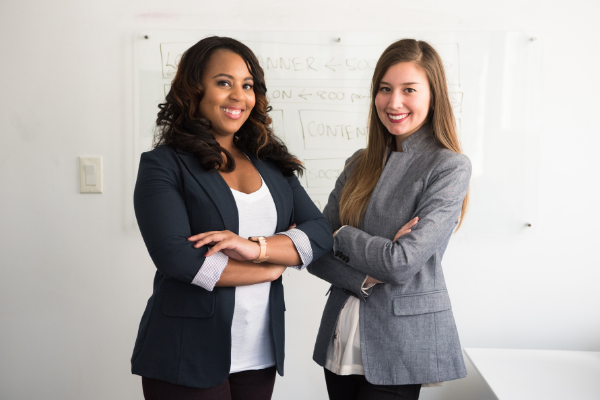 In social justice and bias trainings, becoming an ally is one of the first actionable items presented. Becoming an ally does not happen overnight. It is a process of self-awareness and work toward unlearning social constructs. An ally is asked to accept that mistakes may be made along the way and commit to continuing their education every day.

From Amélie Lamont’s Guide to Allyship, allies are a necessary force in race and social justice work.

“Anyone has the potential to be an ally. Allies recognize that though they’re not a member of the underinvested and oppressed communities they support, they make a concerted effort to better understand the struggle, every single day. Because an ally might have more privilege and recognizes said privilege, they are powerful voices alongside oppressed ones.”

“Alongside” is a key word in allyship. A quote from Aboriginal elder, activist, and educator Dr. Lilla Watson sums it up: “If you have come here to help me, you’re wasting your time. If you have come because your liberation is bound up in mine, then let us work together.”

Being an ally is about recognizing your privilege, then using it in solidarity with marginalized groups to challenge the status quo. It involves working through discomfort, listening, and learning from mistakes.

Activist, comedian, and YouTube personality Franchesca Ramsey, also known as @chescaleigh, suggests that sometimes people get hung up on the word “privilege.” 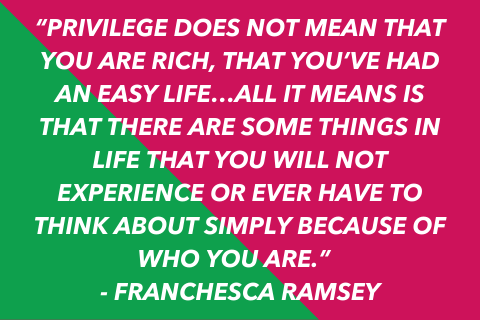 Ramsey breaks down her top five tips for becoming an ally in this video.

Moving from Ally to Accomplice 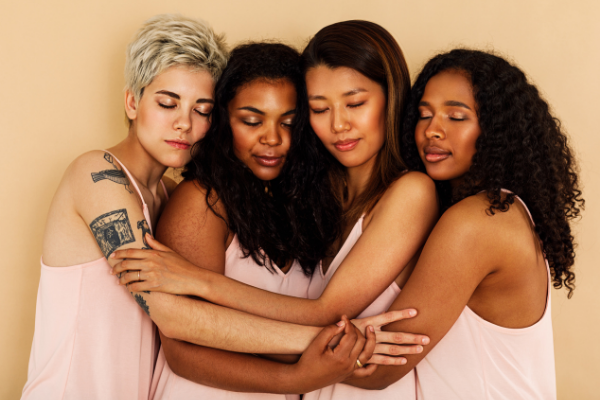 In a court of law, the word “accomplice” has a negative connotation, as in someone who has assisted someone else in wrongdoing. In the context of race and social justice work, an accomplice is someone who assists others in creating a space of inclusion, equity, and safety for all, often at the risk of their own social and/or professional standing and physical well-being.

Opportunities for White People in the Fight for Racial Justice provides the following example to better understand the difference between ally and accomplice: An ally will volunteer at a local racial justice-focused organization, while an accomplice will join an organization with an explicit aim of naming and disrupting racial injustice.

Social justice leader Dr. Jon Paul describes the importance of the accomplice in a piece for ColorBloq. He says, “Being an accomplice is more than just listening to others talk about the struggle. It is about solidifying a course of action that helps you commit to undoing it.” This course of action is more often than not uncomfortable, challenging, and fraught with confrontation. It is a commitment to disrupting the status quo.

Diversity, Equity and Inclusion speaker Willie Jackson, who gives workshops across the country on how to be an ally, suggests that, ultimately, being an accomplice is the true goal of allyship, despite the challenges involved: 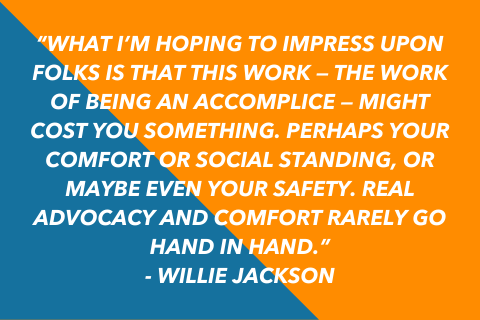 Interested in continuing your race and social justice education? Since up for our monthly newsletter, ONWARD, to receive education resources and YWCA engagement opportunities.