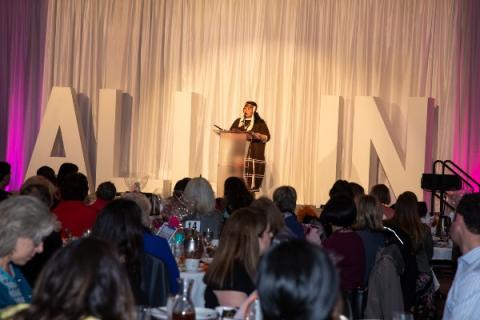 November 22, 2022
Maintaining Traditions and Identity as Urban Indians
By:
Jennifer Bereskin
Guest author Jennifer Bereskin traces the urbanization of Native Americans through violated treaties and assimilationist federal policies, and shares her own experience as an Urban Indian maintaining connections to her indigenous community.

My name is Jennifer Bereskin and I am an enrolled member of the Qawalangin Tribe of Unalaska, Unangan/Aleut and Coast Salish Snohomish. I reside in Snohomish County, the closest reservation to me is Tulalip Reservation. I have resided in Washington State my whole life, my grandmother on my mother’s side was born and resided in Unalaska, until all tribal communities were evacuated during World War II.

My grandmother carried many traumas impacted by the war, but she was resilient, and she passed down this resiliency to our future generations. My Snohomish family has uplifted me and my son in so many ways which makes my heart full, but I still hold this space to learn about my grandmother’s ancestral homelands. The Russians who first colonized our people called us all “Aleut”, my ancestors called themselves “Unangan”- people of the eastern Aleutian Islands.

The Origin of Urban Indians

The Dawes Act of 1887, passed under President Grover Cleveland, ordered tribal lands previously protected under the treaties to be divided and sold, which directly violated those treaties. This policy had a major negative impact on tribal communities' cultural and inherent rights to hunt, fish, and gather in the usual and accustomed places on their ancestral homeland.

After this forced segregation from the land, stringent federal policies such as the “Indian Termination Policy” and Bureau of Indian Affairs relocation programs worked to assert further assimilation of the Indigenous people into western culture from 1940-1960. A quote by Ben Nighthorse Campbell, of Northern Cheyenne and a former U.S. Senator from Colorado, in 2007 at an opening keynote address encapsulates these policies and their impacts of colonization on Indigenous people;

“If you can't change them, absorb them until they simply disappear into the mainstream culture.... In Washington's infinite wisdom, it was decided that tribes should no longer be tribes, never mind that they had been tribes for thousands of years.”

The U.S. Government’s intention to assimilate our people under stringent laws was not stronger than our resilience as Indigenous people. Despite the intergenerational trauma, fighting to preserve our cultural and traditional knowledge attests to our strength as First People of Turtle Island, now known as America and Canada. 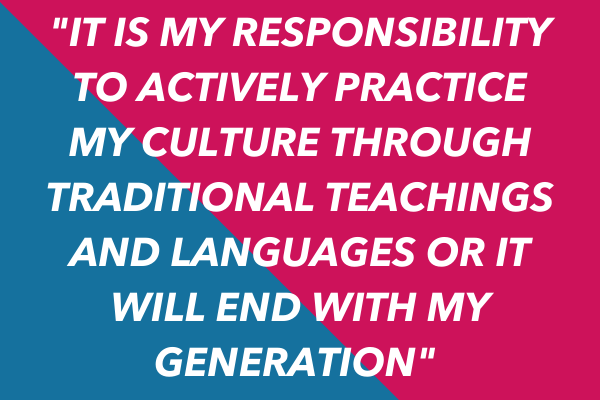 Who are Urban Indians

The term Urban Indian should not be viewed as a “type” but rather seen as the lived experiences of an individual Indigenous person. The National Urban Indian Family Coalition defines the term Urban Indian as "individuals of American Indian and Alaska Native ancestry who may or may not have direct and/or active ties with a particular tribe, but who identify with and are at least somewhat active in the Native community in their urban area”.

The 2010 Census data indicated that 71% of American Indians and Alaskan Natives live in urban areas. Washington State has some of the highest Urban Indian populations across the United States. We know this is an undercount and there is a dire need for decolonized, comprehensive, and equitable data collection of our Urban Indian populations.

I have always been able to connect to our tribal community gatherings, though it has been more challenging during our current health crisis. As a child my mother’s family would attend our annual Aleut picnic or holiday party. In college I attended one of my first powwows, the beat of the drums filled my Huchoosedah (heart) and spirit. I continue to further decolonize my mind and undo generations of assimilation and colonization.

While I recognize that we cannot live as we did prior to the settlement of the new people, it is my responsibility to be engaged within my community and actively practice my culture through traditional teachings and languages or it will end with my generation. I owe it to my ancestors to honor their sacrifices that have allowed me to openly engage within our culture without fear of imprisonment or death. Someday I will be an ancestor and I want to make my descendants proud of their heritage and people. I thank you with my humblest of appreciation for allowing me to share my truths with you. 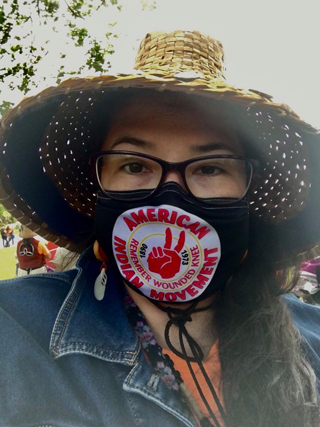 Jennifer Bereskin is a single mother to a 10-year-old boy with special needs and is a recipient of YWCA's Self Sufficiency Project, which has provided stabilized housing for her family. A safe place to call home provided by YWCA has allowed for a better quality of life for both Jennifer and her son. 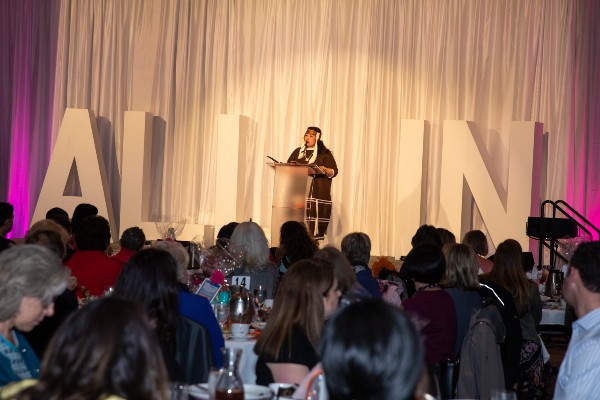