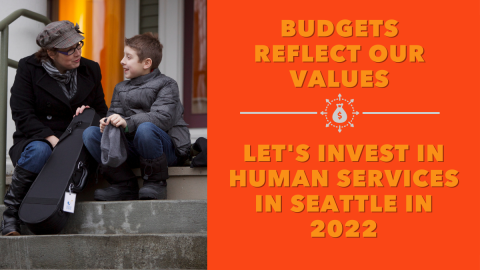 November 9, 2021
How to Shape the Next Year in Seattle
By:
Eric Bronson
Seattle's critical human services are at stake in the 2022 City budget. Learn why budgets should reflect our values, and how you can stand for yours by taking action to tell your City Councilmembers to support an equitable recovery.

What's in a budget?

At the end of each year, the City of Seattle creates a budget for the following year to distribute public funds across all of the departments and contracts that the City has. This budget is what ensures that swing sets get repaired on playgrounds, homelessness service providers get paid, and potholes get filled. The budget includes funding for ongoing expenses for programs as well as one-time projects like building a new bike lane.

For a city as large as Seattle, the budget can be a long document, filled with different programs and jargon that make it difficult and uninviting to read. But the budget isn’t a complex concept; we want our tax dollars to be spent advancing the goals and values we have for our city. This is why at YWCA we say that budgets are moral documents. Properly implemented, they reflect our values, by putting our money where our mouth is in supporting the things and people we care about. 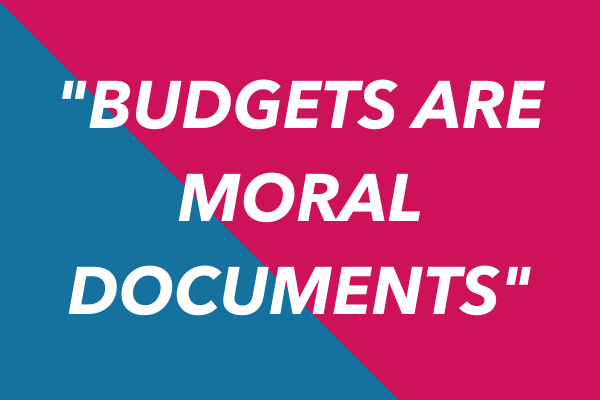 An Equitable Recovery in 2022

Your voice can shape the City's budget for next year and engaging in the process is a great way to stay civically active this year beyond voting in the November election.

The Seattle Human Services Coalition, which is made of up of the nonprofit agencies that deliver Seattle’s critical human services, including YWCA, is calling on the City Councilmembers to do three things in their amendments:

These demands are key to laying the foundation for an equitable recovery from COVID-19 for all Seattle residents, regardless of race or zip code. You can join YWCA and the Seattle Human Services Coalition by contacting your City Councilmembers to support human services in 2022 right here: 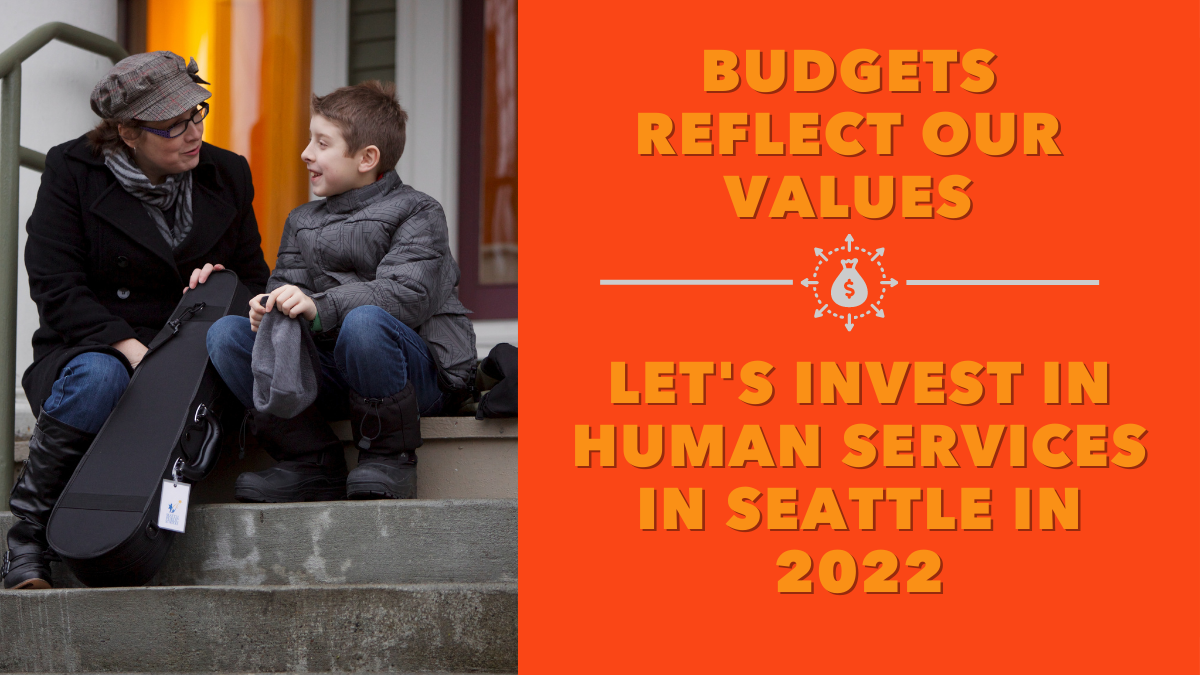