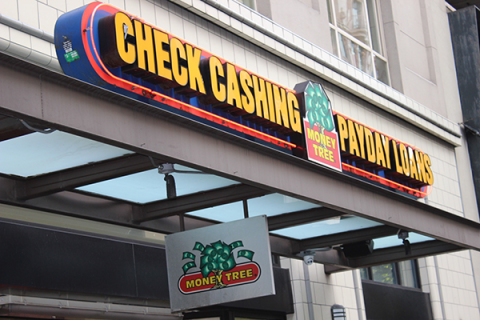 September 18, 2018
How Black Mothers are Disproportionately Impacted by Payday Loans
By:
Eric Bronson
Black mothers are often targeted by payday loan sharks, who trap them into a debt spiral just to pay off their regular bills. Weak government regulation allows predatory banking to continue, disproportionately impacting those excluded from traditional financial institutions by racism.

Payday loans are short-term loans made to last the length of time between paychecks, so typically two weeks long. The loans always have extremely high interest rates, with the average $375 loan costing $520 (139%) in interest.

In 2014, 11 percent of Washington residents used a payday loan, with much higher concentrations within the cities of the state. Who are the people most often taking out payday loans? The single most common demographic are young women age 25 to 44. However, African-Americans, mothers, and renters are much more likely to take out payday loans than other groups.

Young Black mothers exist at the intersection of many of these identities, so it is no surprise that they are disproportionately overrepresented in payday loan debt. All of the racist, classist, and sexist forces in our society that force these women to surmount tremendous barriers to raise their families also leave them without alternatives to payday loans.

"Mainstream financial institutions are systemically racist and sometimes the people working there are too," said Hannah Haag, Program Manager of YWCA's Economic Resilience Initiative. Since African-American mothers can’t access the traditional bank funding sources, this leaves the payday loan shop as the only place left to go.

Payday lenders often defend their practice by claiming that poorer Americans with bad credit need the loans to cover unexpected emergencies. However, a review of payday loan data by Pew Trust shows that less than 16 percent of borrowers used their loan for an unexpected expense. Instead, the vast majority of them, 69 percent, needed the loan for bills, rent, and other ongoing payments. "When you have no wiggle room in your budget and are just barely covering your expenses, any small thing going wrong can put you over the edge," says Haag.

Similarly, while payday loans are marketed as being short-term credit to be paid off in weeks, the average borrower is typically in debt for five months. This cycle occurs because those who take out payday loans frequently are left little option but to take out further loans to pay off their original one. Borrowers have an astounding eight payday loans on average that are rolled together. Given that these loans are overwhelmingly used for regular payments, it is unsurprising that once a person begins borrowing from a payday loan shark, they are caught in a debt trap that drags on well past payday.

Payday loans and their purveyors were originally slated to be policed by the Consumer Finance Protection Bureau (CFPB), the regulator created out of the financial collapse in 2008, triggered by junk mortgages and shady lending practices. Under the Trump administration, however, the CFPB has entirely stopped pursuing the kinds of investigations and rule-making that they were tasked with carrying out to protect citizens from bad loans. 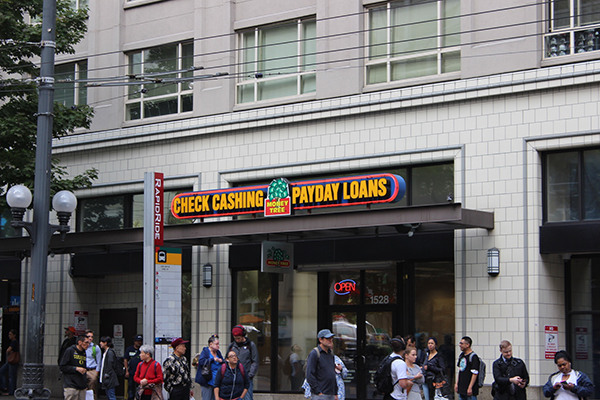 YWCA has a number of financial education classes that discuss predatory lending, such as the Economic Resilience Initiative. Almost all of the women in these classes already know that payday loans are not safe, but what is more helpful is as they learn how to budget, and get connected to resources, they have the space, time, and resources to access alternative options.

One of those alternative options is Express Credit Union's "payday alternative loan," a short-term $750 loan that has no interest, just a flat 15% fee. The loan can be paid off on a payment plan over four months, and borrowers who repay their loan on time get a $25 refund. If you or someone you know is considering a payday loan, this alternative can help keep you out of the payday loan debt trap. 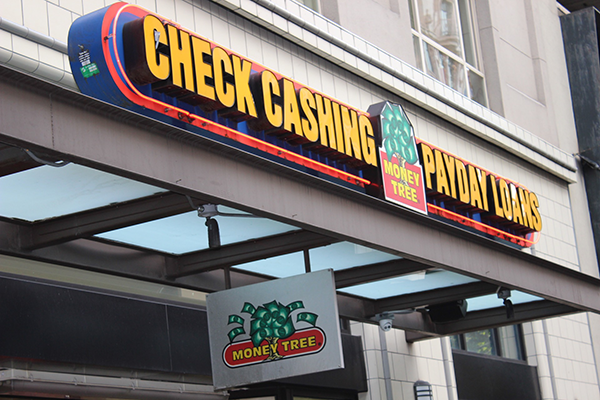