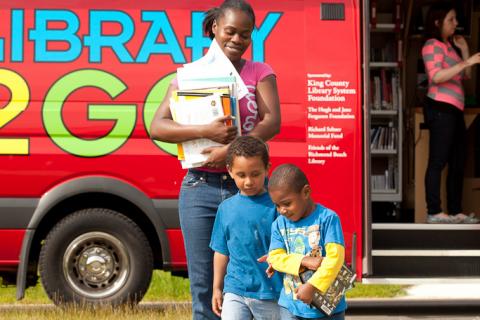 August 25, 2020
How to Give 10k Washingtonians the Right to Vote
By:
Eric Bronson
Here in Washington, we fight to expand the right to vote, not suppress it. That’s why we’ve been one of the leading states in the nation on voting by mail. But we still have work to do, as the right to vote is withheld from the 10,000 people in our state who are out on community supervision following their jail sentence.

We talked to Tami Siemers and Dante Pollard, who both came to YWCA’s Passage Point program after being released from incarceration, about their experiences getting their right to vote restored. Dante heard about Passage Point's program through the mother of his daughters, and there he took parenting classes, worked with a parent coach, and got to reunite for visits with his two daughters, who he’d been raising by himself.

Tami received treatment for substance abuse at an in-patient clinic that also counted as her time served. As she was nearing the end of her treatment, she knew her family had nowhere to stay. “I realized that I’m going to be homeless getting out of treatment, and I’m scared. Who wouldn’t be?”

Thankfully, her case manager worked to get letters of support for her and her husband to be accepted into Passage Point with just two weeks before they would have become homeless. At YWCA, they were able to reunite with their daughter and have a safe place to stay.

Both Tami and Dante had their right to vote restored only years after they were released because of a Washington State law that only allows people with felony convictions to vote after any probation period has ended. Even after that point though, it’s not a simple process, says Dante.

“You can only vote when you’re off of probation, or any type of supervision, but it takes another three weeks before you can register so they get you through the system. You need the ‘discharge paperwork’ to have the proof that you’re no longer on probation.” That means that for years after someone has served their sentence, they can still be denied their right to vote, even as they’re supposed to be re-integrating into society.

Tami said, "When that right to vote is stripped away, it hurts." Dante agreed, saying that, "Voting is important, because when you’re a felon, and can’t vote, you want to be part of society. I can vote as a citizen and getting that restored - it’s like getting your citizenship back."

The power of a vote

As YWCA joins advocates again in 2021 fighting to restore the right to vote to people so long as they are not longer incarcerated, we asked Tami and Dante why they thought it was so important to pass this law.

"I think everyone should have the right to vote and have a voice," Tami said. "The reason that people wind up in the criminal justice system is because we do not get a chance to let the people on the ballot know how to understand our needs and wants, to have the chance to be someone in our life. My past doesn’t define who I am, doesn’t define my future for my family."

Dante responded, "When you get out of jail, you realize there’s been a big shift in rules and laws, so a lot of the stuff that I thought I knew about had actually been changed; Child Protection Service laws, driving laws, all had changed. Lots of people want to vote because they want to make those changes themselves."

Dante also says that expanding the vote in Washington to people currently incarcerated, as Maine and Vermont do, could be even more transformational. “It could be educational, people have a lot of time when they’re in jail. These are people, they’re human beings, and especially when they’re putting a lot of the Black people in jail, giving that right to vote again might make them feel like they can make a change.”

Restoring Rights and Giving Back

Both Dante and Tami have helped restore the right to vote to other people who've had it stripped from them. Dante has been working with several different organizations like the Statewide Poverty Action Network, YWCA, and Living with Conviction.

Dante has also become a trainer with Living with Conviction, working alongside lawyers to help courts around Washington learn how to use a new law that YWCA fought for to reduce the debts that the legal system puts on people.

Tami also describes herself as "a blunt resource" when it comes to telling people how to get their right to vote back. “I tell everybody now how they can vote, that little information is very helpful for them. I bounce that information to everyone, I will get on a rooftop and yell it out.”

How you can help

In 2021, the Washington State Legislature will once again have the opportunity to pass the Restore the Vote Act, to close the parole loophole, and give everyone outside of incarceration their right to vote back. You can help Tami, Dante, and YWCA pass this bill by sending a message of support to your legislator in just a few clicks: 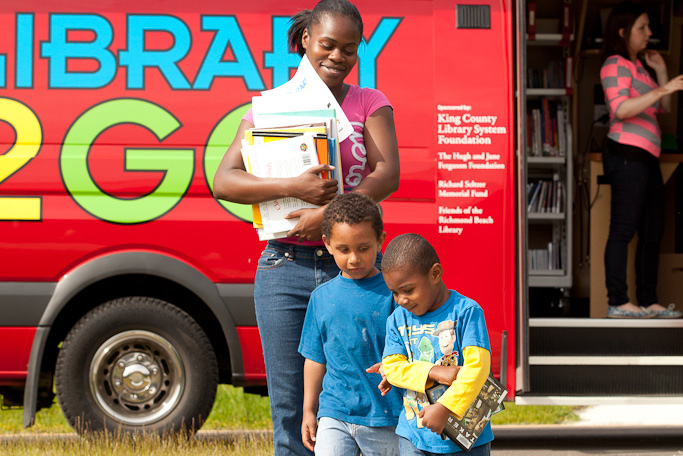