August 20, 2019
Opportunity Gap vs Equal Pay Gap
By:
Eric Bronson
At YWCA, we talk a lot about the wage gap between women and men, a gap that is even larger for women of color. However, the opportunity gap that denies women chances to get promoted or work in fast growing industries is another example of the sexism and racism that has stagnated progress to equality in our economy.

As many of you are already aware, women often make less than men working the same jobs, but the wage gap is also fueled by other trends such as women being over-represented among part-time workers, and under-represented within growing, well-paid industries.

In 2018, the Status of Women Report found that of all women employed in Washington State, a full third were employed part-time. For Washington men, that number was lower by more than half at 15%. Part-time employment is on average much lower paid, and often exempts the women who work it from crucial benefits like health insurance.

For Black women, the wage gap is even greater, as many work the part-time retail jobs that pay very low wages. However, Black women are the breadwinners in their families, and are the single fastest growing group of entrepreneurs, starting their own businesses. Without access to the kinds of opportunities that White business owners get, such as business loans, Black women in Washington and their families will be hurt.

What kinds of opportunities are women missing out on? All sorts. Women CEOs are extremely rare, boards of major companies are less than a quarter women, women are passed up for promotions commonly, and when they ask for one, are more likely to be denied due to sexist attitudes.

In Snohomish County, “some of the best-paying jobs are in aerospace, yet women only hold one in four aerospace jobs.” according to Julie Anderson, a research associate at the Institute for Women’s Policy Research. This not only limits the opportunities for women in Snohomish County, but also limits the industry from getting diverse perspectives from women in STEM.

Closing the opportunity gap is critical. Companies like Microsoft and Amazon can truthfully claim that women are paid 99% of the wages of their male counterparts, but when their employees are over 70% men, how much progress have we really made? When women and men are paid equally across a company, but there is only one woman on the entire executive level, Washington is still a long way from equality.

Want to take your own career to the next level? Register for YWCA’s Women RISE, a free workshop on August 22 designed to help women advance in the workplace, with on-site interview coaching, resume reviews, and professional headshots for women. 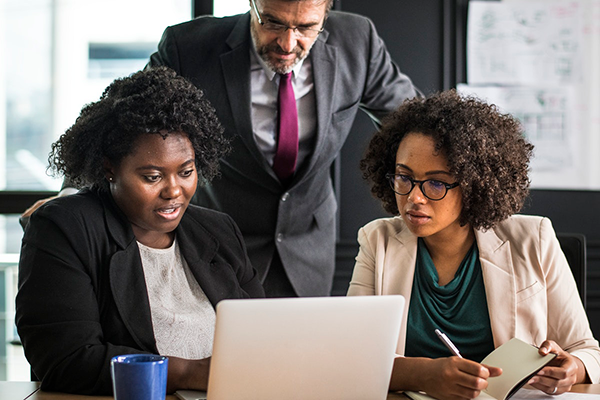