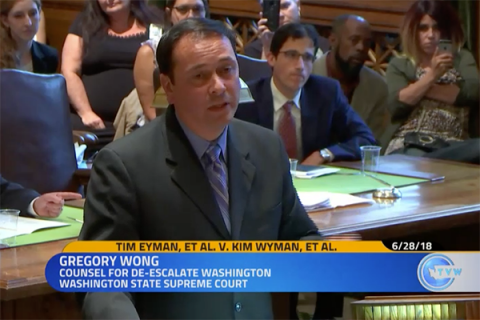 The lawsuit was brought by Tim Eyman, a frequent exploiter of the Washington initiative process who is under investigation by the State Attorney General for embezzling funds from supporters.

I-940, which would change the use of force law for police officers in Washington, was brought to the state legislature through an initiative drive by De-Escalate Washington and endorsed by YWCA Seattle | King | Snohomish. The law creates greater transparency and accountability for the actions of police by establishing a “reasonable officer” standard to evaluate when an officer has acted inappropriately. This would remove the defacto immunity that police have from prosecution when they commit a crime. The law also funds de-escalation training for all officers, giving them the tools to defuse situations without resorting to violence. 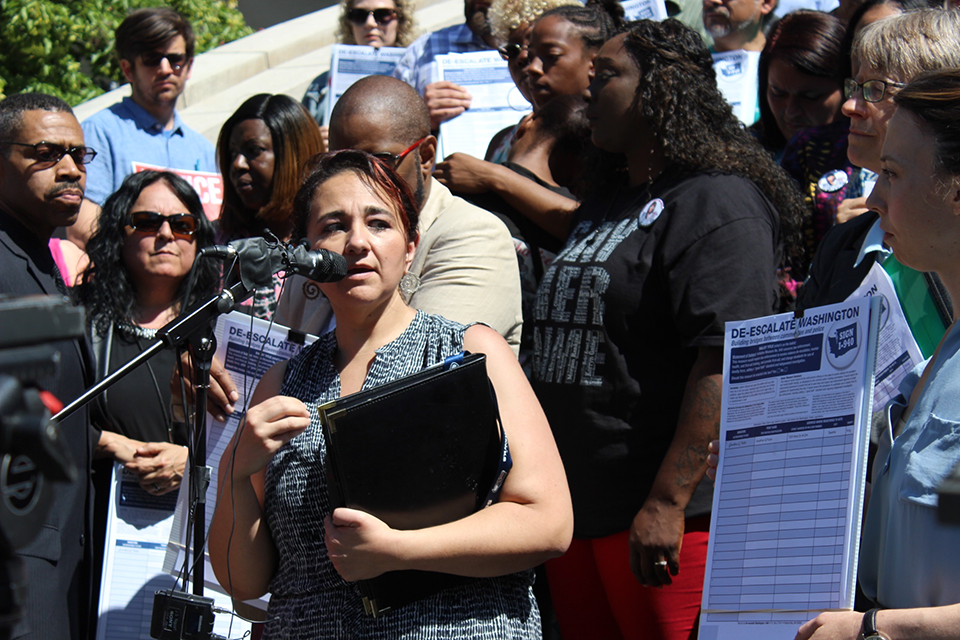 After the law was passed and amended by the legislature this past session, Eyman sued for allegedly violating the law allowing the legislature to enact initiatives by amending the initiative beforehand in House Bill (ESHB) 3003. The hearing held on June 28 was the beginning of a judicial review by the supreme court of a lower court ruling that invalidated ESHB 3003 and sent I-940 to the ballot in November.

The possible outcomes of the review are:

After the public hearing concluded, representatives from De-Escalate Washington said they felt good about what they had heard in the court room, and that the message that Washington voters want Initiative 940 to become law was clearly heard by the justices. Family members of victims of police violence also spoke, telling their stories and sharing their hopes that I-940 would be made law as soon as possible. The sooner the initiative gains the force of law, the sooner de-escalation training can begin, and the sooner lives can be saved from state violence.

The Washington Supreme Court justices gave no indication as to when we will know their final ruling on the review of I-940, but regular updates will be posted to De-Escalate Washington’s website. We’ll also keep track of the developments here at Firesteel, including with actions you can take to ensure the success of I-940, and the protections for communities of color, particularly Black and indigenous ones. 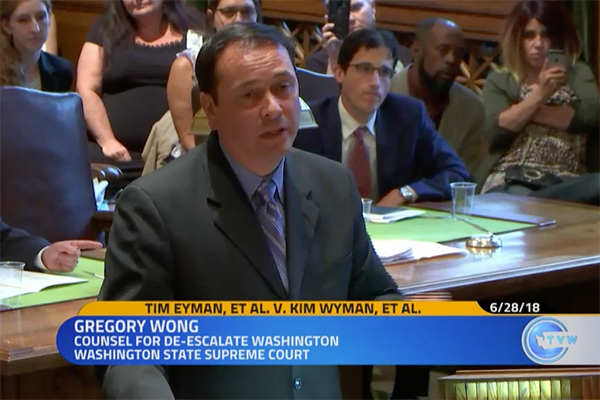