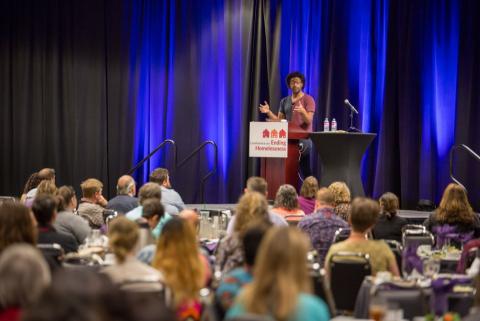 June 5, 2018
Why the Homelessness System is Set up to Fail Queer Youth of Color
By:
Eric Bronson
Two weeks ago, advocates, homeless service providers, housing organizations, formerly and currently homeless folks, and housing policy experts all convened in Yakima for the 2018 Conference on Ending Homelessness, organized by the Washington Low Income Housing Alliance.

The conference featured a variety of sessions for attendees, from workshops on racism and colonization to sessions covering new federal policies and local programs. On the last day of the conference, the most frank, and frankly the funniest, session was led by Marc Dones of Supporting Partnerships for Anti-Racist Communities (SPARC).

Marc, who would go on to be the keynote speaker of the conference, presented findings from their latest report which combined rigorous data collection with in-depth interviews to uncover the driving factors behind the huge racial disparities we see in who becomes homeless in America.

With some snark reserved for those who would attempt to treat the social ill of homelessness while ignoring its cause in systemic racism, Marc presented an eye-opening series of takeaways. Marc demonstrated proof that poverty cannot explain homelessness alone, that our standard practices as nonprofits are not just failing, but backfiring, and warned that the younger homeless population is about to age into a system that isn’t designed for them or their needs.

While we often talk about the disproportionate number of black Americans experiencing homelessness, it is often tacitly presented as arising from a source disparity in the number of black Americans in poverty more generally. This is to say that we often assume that economic discrimination is enough to explain overrepresentation in homelessness for the black community.

What SPARC’s research shows is that this narrative is far too simplistic. If poverty alone could explain homelessness, then white Americans would not have a rate of homelessness ten points below their rate of deep poverty (half the Federal Poverty Level). Conversely, black Americans wouldn’t be homeless at twice the rate that they experience deep poverty.

Where the racial disparity of homelessness is particularly stark is among youth experiencing homelessness. Among the communities that SPARC analyzed, the “highest over representation of people of color broadly [was] 89.1 percent of 18-24 year olds identifying as people of color.”

According to YouthCare, a nonprofit dedicated to serving homeless youth in Seattle, up to 40 percent of all youth in homelessness identify as lesbian, gay, bisexual, transgender, queer, or questioning (LGTBQ). Many of these youth have been kicked out of their homes by parents or guardians simply for their identity and wind up homeless as a result.

All of this adds up to a serious problem for our current method of handling chronically homeless people. With the next generation of homeless individuals being made up predominately of queer youth of color, the current homeless system isn’t set up to help them succeed. Our current system even fails the straight, cisgender White men who it has been explicitly designed for. It is most certainly not designed to understand or triage the needs of a transwoman of color.

Without a dramatic shift in how we address adult homelessness that is inclusive and responsive to the needs and barriers of queer people of color, chronic homelessness will almost certainly become more common and more fatal for those experiencing it.

One of the ways in which homeless services can begin this change is by understanding the impact of what Marc calls “network impoverishment.” SPARC describes this as “people are not unwilling to double up, take people in, or live in another person’s home—but they do not have the capacity to accommodate the additional consumption of resources (e.g., food and household goods).”

Social capital might pool together for those with means, but when people in poverty come to rely on others who are on the margins, it is instead their shared vulnerability that is compounded. For example, if someone moves in with their grandma who's already struggling, they can increase the utilities bill and end up both being evicted.

When many of these queer youth of color are processed into the homelessness system, one of the first things they are asked is if there are any family members that they could turn to. In this way, organizations could be accelerating network impoverishment by putting those family members in economic jeopardy.

"We Cannot Tinker our Way to Justice"

Marc closed out their presentation by calling for a system of racial equity that was not merely an educational lens, but a program of action. To serve these youth of color, along with all other people experiencing homelessness, we need to not just undo the injustices of the past, but design a new system that puts inclusivity of gender and sexuality into its foundations. Building this system for those with the greatest barriers would benefit all, Marc said, like curb cuts on streets help everyone navigate the city, regardless of their ability. 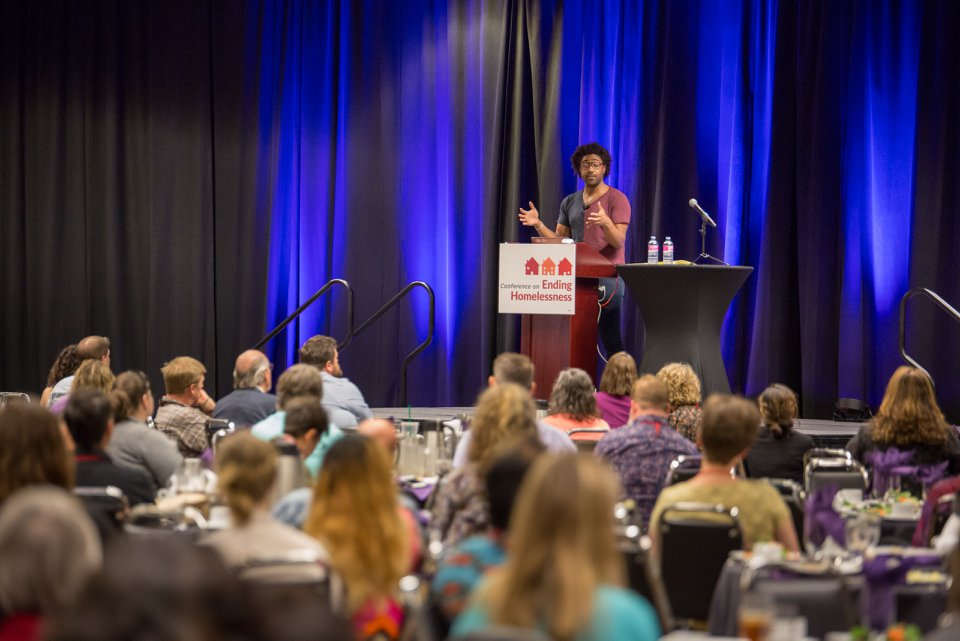