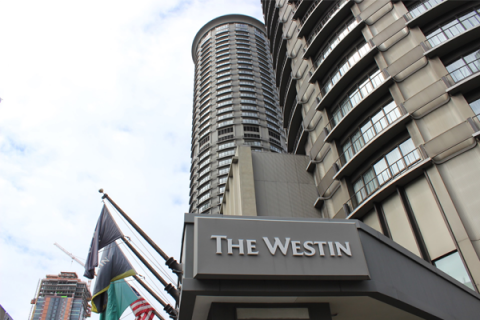 May 1, 2018
Hospitality Workers Finally Get Long-Promised Protections
By:
Eric Bronson
Today is International Worker’s Day, and we’re focusing on a frequently overlooked group of workers: housekeepers.

80 percent of housekeepers are women, and many are also immigrants. Their work is often dangerous, with higher rates of injury than those of coal miners. It is also unsafe because of how frequently housekeepers experience sexual assault and harassment. To protect themselves and other hospitality workers, Seattle housekeepers organized with Unite Here! Local 8 hotel worker’s union to write Initiative 124 and collect enough signatures to put it on the ballot.

Initiative 124 provides protection from sexual assault and harassment for hotel housekeepers. It also requires that hotels have proper health care coverage to protect workers from injury. Housekeepers suffer from back pain at triple of the rate of the average worker, and their tasks often require heavy lifting unassisted. The initiative was passed in 2016 after voters supported it by almost 77 percent on the ballot.

I-124 was written to protect all hospitality workers, but is particularly important for the women who work in housekeeping and other hotel jobs who are disproportionately the target of sexual assault and harassment. Since immigrant women make up a large proportion of housekeepers, it situates them at an intersection of race and gender where they are particularly vulnerable to sexual predators who stay at the hotel.

In response to the frequency of assault, one of the provisions of Initiative 124 requires employers to give all housekeepers panic buttons while they work in guest rooms, and another would see guests who harass staff banned from staying at the hotel for a three-year period. Both of these rules will protect housekeepers and their rights to a safe workplace.

Despite its resounding victory at the polls, the regulations set out by I-124 haven’t yet been implemented by the City. The rule-making process that the Office of Labor Standards (OLS) must undergo before the law becomes enforceable didn’t even begin until over a year after the election. The drafting of those rules began this January, and the public comment period ended just last week. This delay has had real consequences, with housekeepers at some hotels reporting that they haven't yet been given panic buttons, and that rules preventing injury by excessive workload haven't been followed.

Without any further delays, I-124 should be in full force by June, a welcome result for hospitality workers no doubt. What I-124 throws into stark relief, however, is the ways in which Seattle’s voters can overwhelmingly support a policy and yet be without the benefits of that same policy for over a year.

There is growing concern that agencies like OLS are not receiving the adequate support to enforce the laws we need. The amount of time it takes OLS to resolve cases of employer violations of labor laws has doubled since 2015, with the average worker waiting just under a year for the investigation to conclude. For working people struggling to pay rent, waiting a year to receive their owed backpay could push them into homelessness.

This is an important reminder that advocacy isn't over when a bill passes or a ballot initiative is voted through. The machinery of our city government can be slow moving when dealing with urgent matters like protecting the rights and safety of immigrant women who work in our hotels. So we must push it to be just as responsive as it is to the concerns of citizens who have more privilege than these housekeepers do. Much of that disconnect can be explained by the underfunding of departments like OLS, whose workload is only growing as it combats labor violations and bad practices by employers. To remedy this problem, we must center the voices and experiences of marginalized women in making essential protections like I-124 a reality. 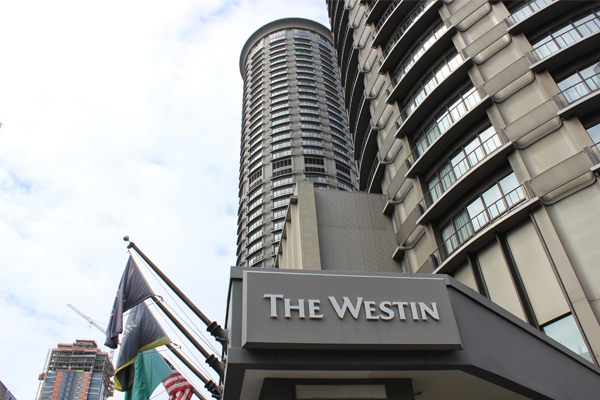