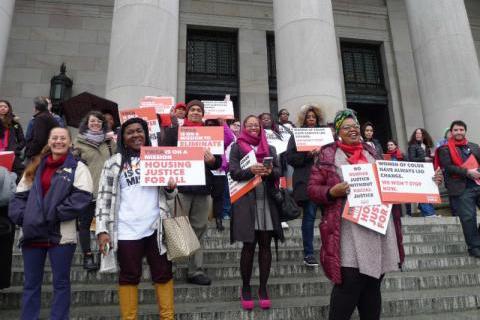 March 5, 2018
YWCA Advocates Storm Olympia
By:
Eric Bronson
YWCA staff, program participants, and family members joined advocates from across Washington to advocate for housing and share their stories with legislators to make a difference in our communities.

On the day it rained, a flood of red scarves washed down the sidewalks and up the stairs of the Washington State Legislative building. Wearing those scarves were hundreds of housing advocates, from all across the state, there as part of Housing and Homelessness Advocacy Day (HHAD). The people standing on those steps with their red scarves wrapped against the rain had come not just from all over, but from many different experiences of housing instability. Among those on the steps was Gertrude, who had come to Olympia with YWCA Seattle | King | Snohomish, who said she wanted to “hold the lawmakers accountable and hear what they have to say.” For her, this was a deeply personal goal, having been homeless numerous times in the past.

Gertrude was just one of the many program participants, staff, and family with YWCA who stormed the Washington capitol to support housing legislation. Throughout the day, advocates met with their representatives and senators to drive home the message that housing is a priority for women and families in our communities. Hosted by the Washington Low Income Housing Alliance, and attended by dozens of organizations, HHAD is a yearly demonstration of our unified commitment to the right of all our neighbors to live in safe, affordable homes. YWCA and Firesteel attended to give support to our coalition partners and to advance the housing bills that we’ve been fighting for in 2018:

As of last week, all of these bills have passed both houses of the Legislature! 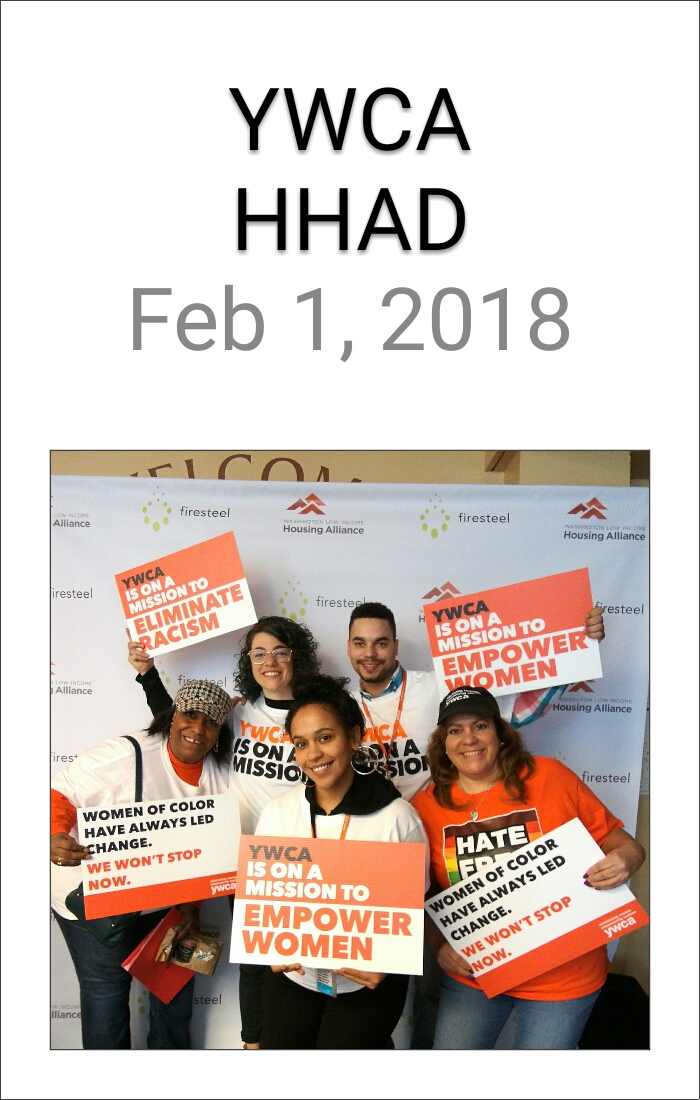 One of the ways Firesteel helped strengthen those messages of housing justice was by spreading the word on social media, and engaging folks who couldn’t make it down to Olympia in person to take action and contact their legislators. Our photo booth helped amplify the themes most important to our advocates, and all those photos can be found on our Facebook page. 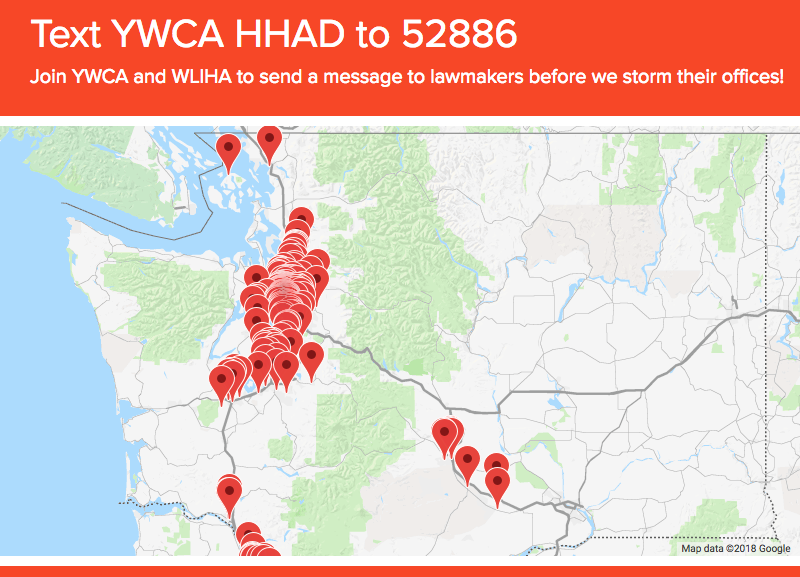 One of the most exciting new things we got to do this year was try out our new Firesteel platform with everyone at the morning Call to Action. Advocates texted our keyword to the phone number 52886 and got a link in response to send emails and tweets to their legislators supporting the full slate of housing bills. We flooded the lawmakers' inboxes before marching out to flood their offices. The map above shows where each of the advocates who sent a message came from, and the geographic diversity they represented.

Some of the most powerful messages we shared that day with legislators came from YWCA advocates with lived experience of homelessness and housing instability. Gertrude said, "It’s really important for women to have their own place and to start a new life. A clean life. That means they can get jobs and take care of their family. I cry when I see people on the street. When they ask, 'can I have a dollar for food,' I say yes. If I have something I will give. I see them lying down, on the side of the building, I have been there. It’s hard." It is experiences like these, and advocates like Gertrude who need to be centered in any debate about housing in our state.

We are building a movement where lawmakers must recognize this political power of women and marginalized communities. You can join us today to help pass I-940 to de-escalate Washington’s police force with additional training and bring accountability to police actions. You can also text “YWCA i940” to the number 52886 to get a link to our advocacy campaign sent right to your phone! 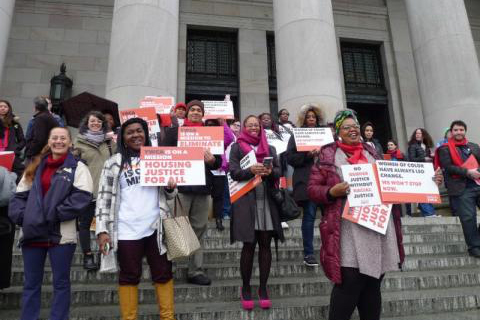